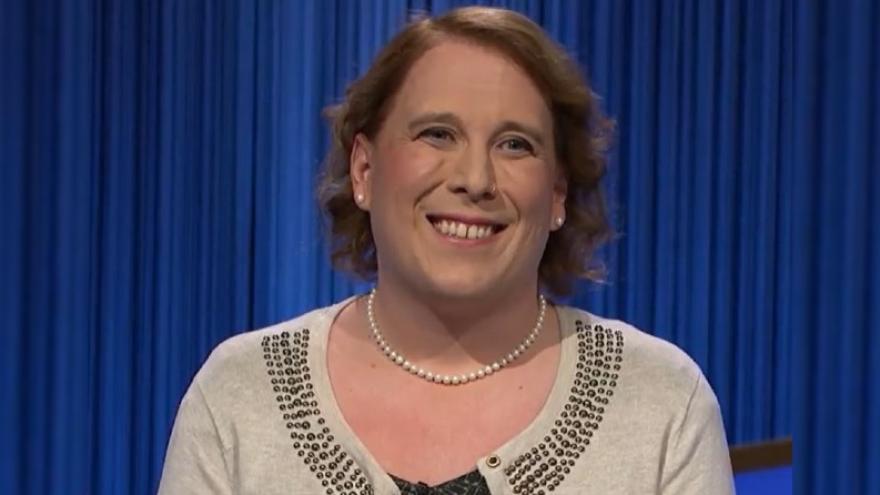 OAKLAND, Calif. (AP) — Reigning "Jeopardy!" champion Amy Schneider was robbed at gunpoint over New Year's weekend in Oakland, California. Schneider tweeted about the robbery to her 52,000 followers, saying she was shaken up but otherwise OK.

The Oakland resident said the robbers made off with her ID, credit cards and phone and she couldn't sleep Sunday night.

Hi all! So, first off: I'm fine. But I got robbed yesterday, lost my ID, credit cards, and phone. I then couldn't really sleep last night, and have been dragging myself around all day trying to replace everything.

Oakland police said in a statement they were still investigating the armed robbery that occurred Sunday afternoon and had not yet made any arrests.

The police department did not immediately respond to phone or email messages.

Schneider, the first transgender contestant to qualify for the show's Tournament of Champions, won again on Tuesday, bringing her impressive winning streak to 25 consecutive victories.