'Jeopardy!' champ James Holzhauer donates $10,000 to a charity that helps kids from dropping out of school 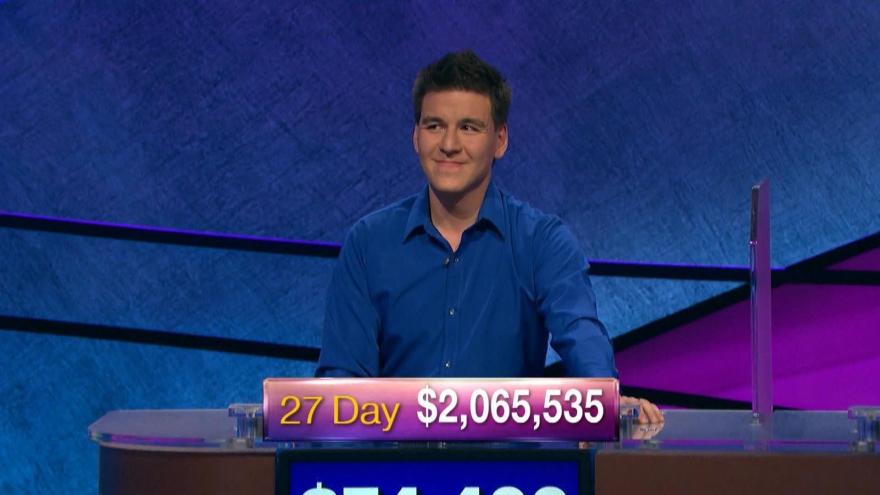 James Holzhauer already has the second longest winning streak in the show's history and he's ranked as the second player with the highest winnings in regular-season play. Full credit: Jeopardy Productions/Sony Pictures Television

(CNN) -- "Jeopardy!" champion James Holzhauer is donating $10,000 to an educational charity in Nevada, according to CNN affiliate KTNV.

The lucky winner of a portion of the game show winner's money is Communities in Schools of Nevada, a state branch of a national organization that works to prevent students from dropping out of school.

The charity said Holzhauer was perusing the Charity Navigator website and was impressed with the group's record of helping students graduate from Nevada schools.

On Facebook, the nonprofit thanked Holzhauer and his wife Melissa, writing, "They are truly #AllInForKids and we are so grateful for their support!"

He's giving back with his winnings

The trivia master and his wife have been making it rain across Las Vegas.

Earlier this month the couple gave $10,000 to Project 150, according to CNN affiliate KSNV. That charity helps homeless students in Las Vegas by distributing school supplies, meals, and clothes to help kids "continue school and be successful in life," according to its website.

On May 3, the Ronald McDonald House in Las Vegas posted a video to its Facebook page, where a man read off a placard, "This Las Vegas resident supports families in medical crisis."

"Who is James Holzhauer?" workers from the charity responded in unison.

Holzhauer has become one of Las Vegas' most celebrated citizens, receiving a key to the Las Vegas Strip and officials declared May 2 "James Holzhauer Day" in Clark County, which is home to Las Vegas.