'Jeopardy!' apologizes for an 'outdated and inaccurate' clue about a debilitating medical condition 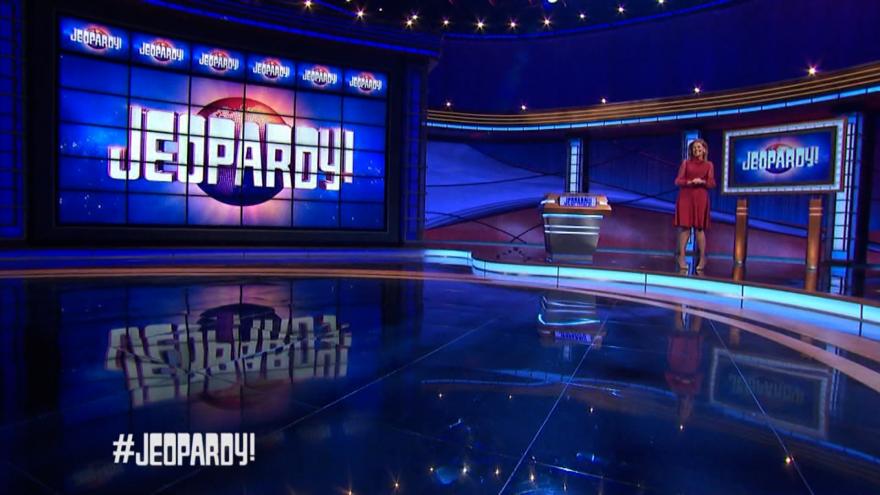 (CNN) -- The popular TV game show "Jeopardy!" is apologizing for using what it called "outdated and inaccurate" information for a clue about a medical condition that affects millions of Americans.

The contestants on Monday's show were asked about postural orthostatic tachycardia syndrome (POTS) -- a little-known disorder that affects blood flow and causes a rapid increase in heartbeat, lightheadedness and fainting when patients stand up.

"Postural Orthostatic Tachycardia Syndrome is also known as Grinch syndrome because this organ is too small," the $600 clue in the category "Plain-Named Maladies" asked.

The answer they were looking for was "What is the heart?" because of a 2010 paper that suggested the "Grinch Syndrome" nickname because of its findings that POTS patients' hearts were too small.

But many POTS sufferers argued on social media that the name was offensive for comparing them to the famously not nice Grinch from Dr. Seuss' "How the Grinch Stole Christmas." It's also inaccurate because the condition appears to be related to the autonomic nervous system, which regulates the body's involuntary functions, such as heart rate, breathing and sweating.

"This appeared on Jeopardy tonight. Grinch syndrome is an offensive term. Can you imagine Jeopardy making light of cancer or MS patients with a 'funny' name for their debilitating health condition? Not acceptable. We'd love to see real questions about the autonomic nervous system," said a tweet from Dysautonomia International, a nonprofit that raises money for research and promotes awareness for POTS and other disorders of the autonomic nervous system.

"Yesterday's program included a clue about postural orthostatic tachycardia syndrome (POTS). After hearing from the community, we found we used an outdated and inaccurate term for this disorder, and we apologize," the show tweeted.

Dysautonomia International President and co-founder Lauren Stiles told CNN that she is glad that "Jeopardy!" took the concerns seriously.

"You know, everyone relies on Jeopardy for things to be accurate and correct and not really outdated stuff," Stiles said. "We do appreciate that Jeopardy! listened to our patient community and issued an apology, because it's the right thing to do."

About one to three million people in the United States are believed to suffer from POTS and the majority of patients are women between the ages of 13 and 50, according to Dysautonomia International.

The condition affects the body's systems for keeping blood flowing to the brain when a person stands up from a reclining position.

"When a healthy person stands up, gravity naturally pulls your blood down to your legs, but the veins in your legs will constrict to push that blood back up to your heart and your brain," Stiles said. "In POTS patients that mechanism doesn't work properly, so their heart will beat a lot faster to try to keep the blood circulating."

Doctors aren't sure what causes POTS, but it often begins after pregnancy, major surgery, trauma or a viral illness, the NIH said.

The Centers for Disease Control and Prevention said that the condition has also been reported in patients suffering from post-Covid conditions.

Stiles said that the condition isn't as well known as Parkinson's disease and multiple sclerosis, which each affect about a million Americans,because it hasn't been talked about for as long.

The wide range of symptoms makes POTS difficult to diagnose, and Stiles said it took an average of four years for patients to be diagnosed.

"We as an organization, we're working with the top experts in the field, the doctors that do this, to help train other medical professionals to help reduce those diagnostic delays and improve the care when people are diagnosed," Stiles said.

She called the "Jeopardy!" clue "an unfortunate mistake," but also said it was a blessing in disguise because the media attention is bringing accurate information about POTS to more people.