Jeffrey Zients is expected to be named Biden's coronavirus coordinator 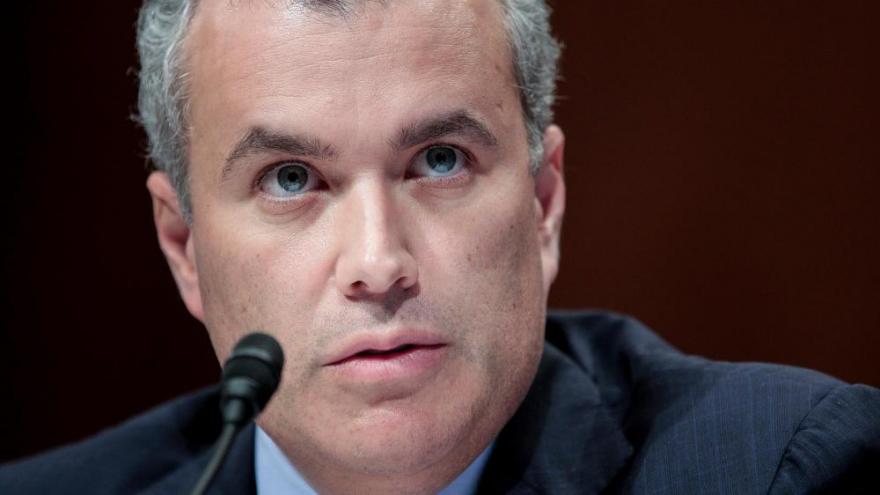 Jeffrey Zients, acting director and deputy director for management at the Office of Management and Budget, testifies before the Senate Budget Committee on the president's fiscal year 2014 budget proposal on April 11, 2013 in Washington, DC.

Zients, a top economic adviser under President Barack Obama and a co-chair of Biden's transition team, was widely expected to get this appointment. The announcement is expected to be formally made in the coming days.

Containing the coronavirus pandemic, mass distributing an approved vaccine and rebuilding a battered economy will be Biden's most pressing priorities when he takes office in January.

On Wednesday, the US reported its highest one-day coronavirus death tally, with more than 2,800 Covid-19 deaths reported. The number of Covid-19 patients in US hospitals Wednesday also is the highest reported on a given day during the pandemic — 100,226, according to the COVID Tracking Project.

Zients is credited with reviving the Obamacare enrollment website, Healthcare.gov, which had been plagued with issues and crashed shortly after its launch in 2013. The website, an online marketplace for medical insurance, was a critical centerpiece to Obama's landmark health care law. Zients was the fix-it man and provided advice to the US Department of Health and Human Services as it worked to resolve the problems.

At the beginning of the Obama administration, in 2009, Zients was confirmed by the US Senate to serve as the deputy director of the Office of Management and Budget, and later served as acting director. He later served as the director of the National Economic Council and assistant to the President for economic policy under Obama.

Zients has deep ties to the private sector. Before serving in government, he served as the chairman, chief executive officer and chief operating officer of the Advisory Board Company and chairman of the Corporate Executive Board. He also founded Portfolio Logic, an investment firm focused on health care and business services.

After leaving the Obama administration, he served as the CEO of the holding company Cranemere. He also served a stint on Facebook's board of directors. Zients is also an investor in the popular deli Call Your Mother.

Biden has criticized the Trump administration's response to the pandemic, which has killed more than 274,000 Americans as of Thursday afternoon. The President-elect has stressed that unlike President Donald Trump, he would listen to and follow the advice of scientists and experts.

The President-elect's first major announcement after being projected the winner of the election last month was to announce a coronavirus advisory board to guide him during the transition.

The task force is chaired by former Surgeon General Vivek Murthy, former Food and Drug Administration commissioner David Kessler and Yale University's Dr. Marcella Nunez-Smith. Among the other members are Dr. Luciana Borio, a senior fellow for global health at the Council on Foreign Relations, and Dr. Zeke Emanuel, one of the architects of the Affordable Care Act and an ex-Obama health adviser.

This story has been updated with additional information about Zients and the coronavirus pandemic.