Jeffrey Epstein denied having any suicidal thoughts and prison staffers made litany of errors prior to his death, prison documents reveal 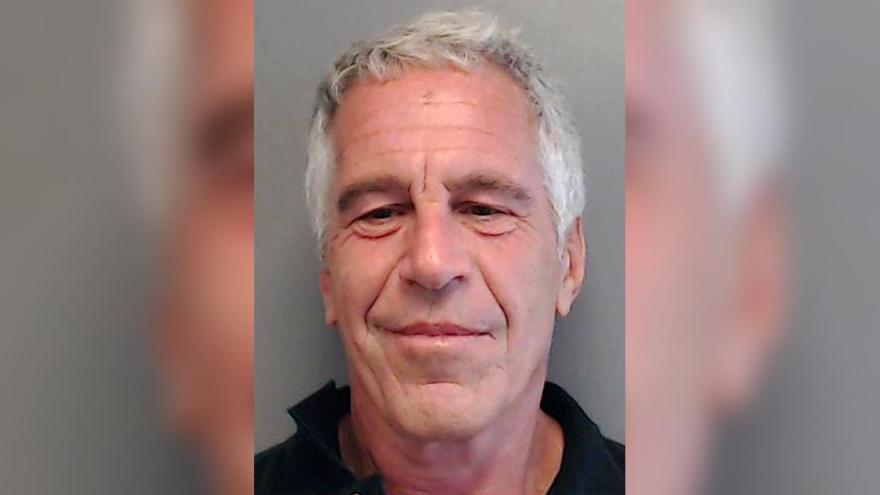 Jeffrey Epstein denied having any suicidal thoughts before he died by suicide, despite some prison staffers noting signs of troubling behavior.

(CNN) -- Jeffrey Epstein denied having any suicidal thoughts before he died by suicide, despite some prison staffers noting signs of troubling behavior, according to newly released documents from the Federal Bureau of Prisons (BOP).

In addition, BOP staff made a litany of procedural errors prior to the convicted pedophile and wealthy financier's death on August 10, 2019, the documents show.

A "Psychological Reconstruction of Inmate Death" report prepared by the Bureau of Prisons National Suicide Prevention Coordinator, Psychology Services Branch, Central Office, constructs a timeline of events and circumstances prior to Epstein's death and notes that risk factors for suicide "specific to sex offenders," as well as "more general risk factors for suicide, were likely present" in Epstein prior to his death.

"Despite his many associates, he had limited significant or deep interpersonal ties. Although Mr. Epstein appeared to cultivate a large social and professional network, he was estranged from his only brother. Indeed, his identity appeared to be based on his wealth, power, and association with other high-profile individuals," the report states.

CNN obtained the documents from the BOP via a Freedom of Information Act (FOIA) request. The documents were first obtained by the New York Times. The release of the documents comes less than a week before Epstein-associate Ghislaine Maxwell is set to face trial for criminal sex trafficking charges. Maxwell has pleaded not guilty to all charges against her.

BOP declined to comment on any specific inmate, but said in a statement to CNN that "the safe, secure, and humane housing of inmates is BOP's highest priority."

"As a general matter, BOP has launched a task force that will address mental health implications of housing individuals alone in a cell, and is committed to improving its suicide prevention program. In addition, BOP is increasing the number of beds available as secure mental health units, which will support moving inmates with serious mental illness out of restrictive housing and into secure treatment programs. BOP is also taking a number of other steps to address mental health issues, including enhancing peer support programs, and continuing to train BOP staff on suicide prevention, risk assessment, and emergency responses," the agency said in its statement.

The text of the BOP report notes that it's an "interim report" due to "an inability to gather all necessary data," particularly the lack of formal interviews because there was an effort to avoid interference with pending Department of Justice investigations, and the lack of video since it was confiscated by the FBI prior to the report.

Documents reveal Epstein denied having any suicidal thoughts, despite signs

When Epstein arrived at the Metropolitan Correctional Center on July 6, 2019, a facilities assistant is noted in the report as describing Epstein as "distraught, sad, and a little confused." Despite Epstein saying he was OK, she was not convinced of this, writing that "he seems dazed and withdrawn." She advised in an email that someone from Psychology come and talk with him to "just be on the safe side and prevent any suicidal thoughts," but there is no evidence the email recipient, a lieutenant, contacted the on-call psychologist at the time, according to the report.

According to the report, after a court proceeding on July 8, Epstein denied being suicidal but was placed on Psychological Observation -- less restrictive than Suicide Watch -- due to his risk factors. The next day, a BOP psychologist formally assessed Epstein's risk for suicide and determined he should remain under observation "out of an abundance of caution." On July 10, the report says Epstein was taken off Psychological Observation.

The report also states that Epstein "denied any history of mental health problems, substance abuse and treatment" during a routine intake screening at the MCC facility in Manhattan on July 8, and denied any suicidal thoughts.

Later that month, Epstein was placed on suicide watch after an in-person suicide risk assessment on July 23, but was taken off watch and put back on psychological observation a day later.

It's unclear when he was taken off "psychological observation" due to a discrepancy in paperwork but he attended a court hearing on July 31 when the US Marshals Service noted "suicidal tendencies," according to the report.

The report goes on to say however that "Epstein was experiencing challenges adjusting to his environment and changes in his lifestyle," including trouble sleeping, complaints about noise in the facility and concerns for his safety. On two occasions, the report says Epstein described himself as a "coward" and someone "who doesn't like pain."

The report also states that the unsealing of documents that alleged new details of sexual abuse claims against Epstein the day before his death "further erod[ed] his previously-enjoyed elevated status and potentially implicating some of his associates. The lack of significant interpersonal connections, a complete loss of his status in both the community and among associates, and the idea of potentially spending his life in prison were likely factors contributing to Mr. Epstein's suicide."

Procedural mistakes by BOP staffers prior to Epstein's death

CNN previously reported prison guards failed to check on Epstein for several hours the night of his death by suicide, but the BOP report further notes several additional errors made by BOP staff in the time prior to his death.

On one occasion, the report states that someone who was filling out a "Psychology Services Intake Screening" form for Epstein checked a box that said "No Sexual Offense Convictions" when in fact, Epstein had prior convictions relating to soliciting underage persons for prostitution. The report also says Epstein, who was White, was erroneously identified as a Black male.

Furthermore, a review of prison records "revealed a number of incomplete entries" with regards to provisions and receipt of basic services such as recreation, medical records, showers, and meal consumption. The report states that there were several instances where it wasn't clear if Epstein ate, took a shower, or was offered recreation. Additionally, according to the report, a review of logbooks showed "significant discrepancies" from the approved procedural memorandum for the facility.

The BOP report also states that the day before his death, Epstein terminated his legal visit early to place a phone call. He told BOP staffers he was calling his mother, but records show she has been dead since at least 2004.