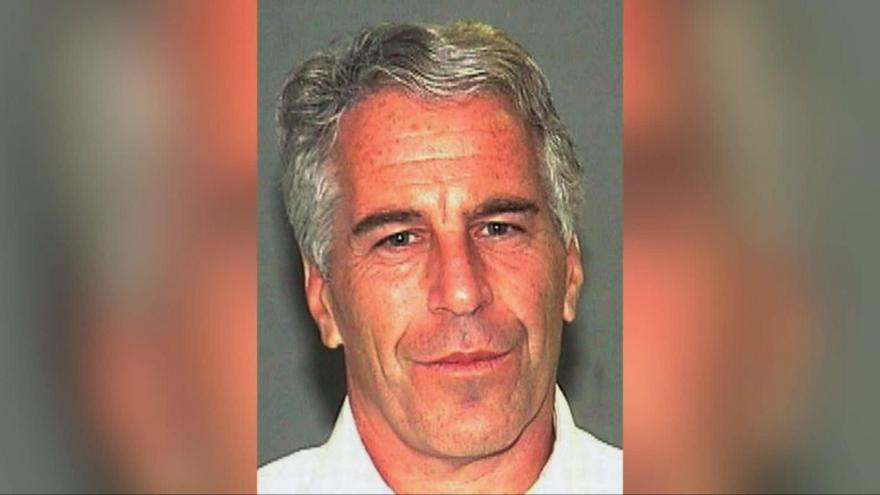 "Epstein created a network of companies and individuals who participated in and conspired with him in a pattern of criminal activity related to the sex trafficking, forced labor, sexual assault, child abuse, and sexual servitude of these young women and children," according to the lawsuit filed by Attorney General Denise N. George.

The suit, filed Wednesday, alleges that Epstein used a system of private planes, helicopters, boats and vehicles to bring young women and girls to his island residence on Little St. James. There, the victims were "deceptively subjected to sexual servitude, forced to engage in sexual acts and coerced into commercial sexual activity and forced labor," the lawsuit says.

The scheme led to the molestation and exploitation of "numerous" girls between 12 and 17 years old, the suit alleges.

The lawsuit says that flight logs and other sources established that the enterprise stretched from 2001 to 2019. As recently as 2018, the lawsuit says, air traffic controllers and other airport personnel reported seeing Epstein leave his plane with young girls who appeared to be between 11 and 18 years old.

The scheme described in the suit is remarkably similar to the accusations in Epstein's federal criminal case unveiled last July.

In that case, prosecutors said the secretive multi-millionaire ran a sex trafficking enterprise between 2002 and 2005 at his homes in Manhattan and Palm Beach, Florida. The indictment also said Epstein worked with employees and associates to lure the girls to his residences and paid some of his victims to recruit other girls for him to abuse.

But the new lawsuit alleges that Epstein's illegal actions continued long after 2005. That contradicts assertions from Epstein's lawyers, who said in court last summer that he had maintained a "spotless" record since he pleaded guilty to state prostitution-related charges in Florida.

Epstein maintained a home on Little St. James, which he acquired in 1998, and purchased nearby Great St. James in 2016, the lawsuit alleges. The two residences and properties are collectively valued at $86 million, according to a petition filed by Epstein's estate.

The civil lawsuit filed Wednesday alleges that two of Epstein's alleged victims had attempted to leave his estate on Little St. James.

In one case, a 15-year-old victim tried to escape by swimming off Little St. James island. Epstein and others located her and then took her passport in an attempt to keep her captive, the lawsuit alleges.

Another victim who allegedly had been forced to perform sex acts at Little St. James tried to escape the private island, but Epstein and a search party found her, returned her to his house, and suggested physical restraint or harm if she failed to cooperate, the lawsuit says.

In addition, the Epstein Enterprise kept a computerized list of underage girls who were in or near the Virgin Islands and able to be transported to his private island, the lawsuit states.

The isolated nature of Little St. James, two miles off the coast of St. Thomas, made it difficult for the government to check in on his activities there.

Epstein registered as a sex offender in the Virgin Islands in 2010, and so the Virgin Islands government attempted to visit him to conduct additional address verifications. But at his last verification in July 2018, Epstein refused to permit investigators, assisted by US Marshals, to enter Little St. James beyond its dock, saying that the dock was his "front door," the lawsuit says. He instead met them at his office on St. Thomas.

Epstein allegedly took advantage of his secluded residence in the Virgin Islands so "Epstein and his associates could avoid detection of their illegal activity from Virgin Islands and federal law enforcement and prevent these young women and underage girls from leaving freely and escaping the abuse."

The lawsuit targets Epstein's estate, several LLCs and corporations controlled by Epstein, and unnamed John and Jane Does whose identities or involvement with Epstein is currently unknown. The Attorney General is asking to dissolve the Epstein enterprise and for punitive damages as well as a jury trial.

The co-executors of Jeffrey Epstein's estate responded to the lawsuit in a statement.

Epstein died August 10 while being held in federal prison awaiting trial. The New York City Chief Medical Examiner's Office has ruled that Epstein died of a suicide by hanging, though a doctor hired by Epstein's family to conduct an independent autopsy has disputed that conclusion.