Jeff Bezos is still the richest person in the world 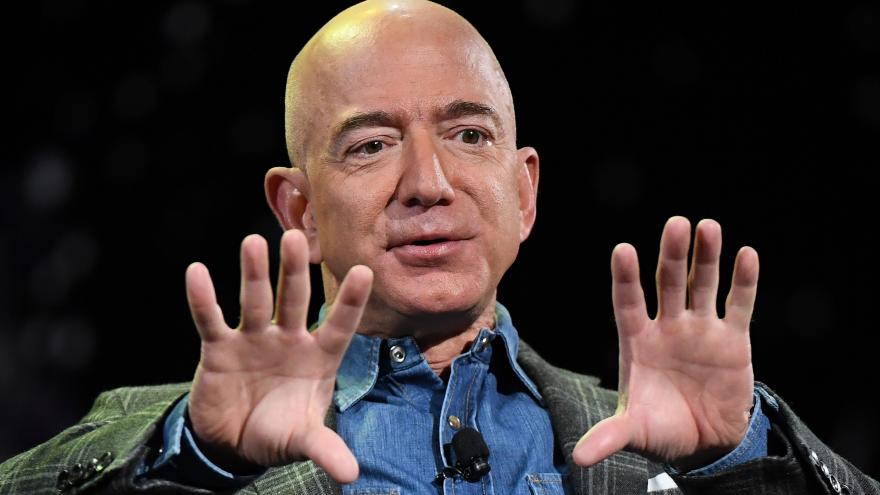 (CNN) -- Jeff Bezos is still the richest person in the world, even after losing $10 billion in one year.

The Amazon founder held onto the top spot in the final day of the 2019 Bloomberg Billionaire Index with an estimated net worth of $115 billion. He's trailed closely by Microsoft founder Bill Gates, whose estimated worth is $113 billion.

Bezos, Gates and French business magnate Bernard Arnault are the only three billionaires on the list whose net worths exceed $100 billion.

Bezos was expected to lose the top spot in the billionaire index after a choppy year for his finances. As part of his divorce settlement with ex-wife Mackenzie Bezos, he held onto 75% of the couple's Amazon stock.

The rest went to his former wife, who also received a 4% stake in the company. That amounted to around $37 billion, making her the 25th-richest person in the world.

Gates briefly toppled Bezos in November after Amazon profits fell nearly 28% from the previous year while Microsoft shares soared 48%. But his time at the top was short-lived.

Familiar faces round out the current top 10. Warren Buffett and Mark Zuckerberg clock in fourth and fifth. The Facebook founder added a staggering $26.3 billion to his personal wealth this year.

Julia Flesher Koch, widow of conservative businessman David Koch and the only woman in the top 10, is worth $62 billion.