Jeff Bezos comes out in support of increased corporate taxes 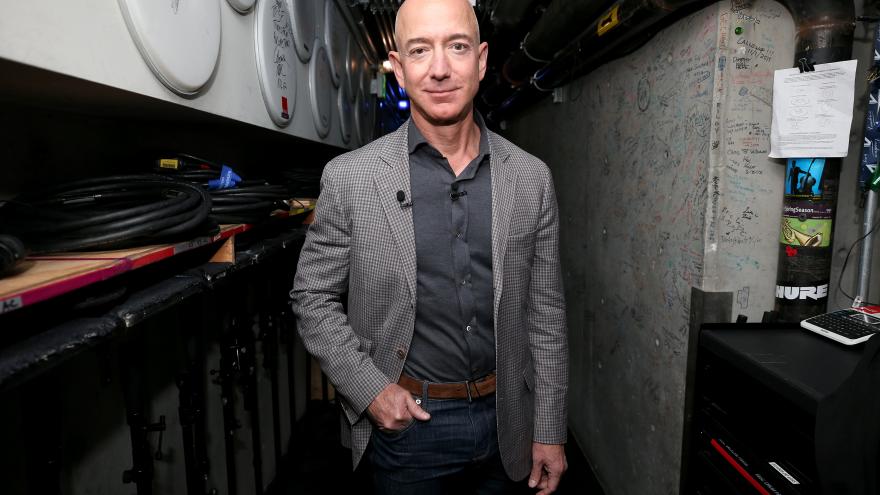 (CNN) -- As the White House considers raising taxes on corporations for the first time in more than 25 years, the head of one of America's largest companies is backing such a plan.

Amazon CEO Jeff Bezossaid in a statement Tuesday that the company is "supportive of a rise in the corporate tax rate."

"We support the Biden Administration's focus on making bold investments in American infrastructure," Bezos said. "Both Democrats and Republicans have supported infrastructure in the past, and it's the right time to work together to make this happen. We recognize this investment will require concessions from all sides — both on the specifics of what's included as well as how it gets paid for."

The White House is laying the groundwork for lifting the corporate tax rate above its current level of 21% to help pay for an ambitious infrastructure package. Bezos' statement is a notable show of approval for the move given that many others in the business community have warned that it could threaten recovery from the pandemic.

The outgoing Amazon chief executive is, in some ways, a surprising advocate for a corporate tax hike.

In 2019, the then-former Vice President Joe Biden called out Amazon for its history of using tax credits and deductions to reduce its corporate income tax bill. The company fired back, saying, "we pay every penny we owe," and that it had paid $2.6 billion in corporate taxes since 2016.

And again last year, then-Presidential candidate Biden said Amazon should "start paying their taxes," as part of a broader critique of large, successful businesses. Amazon has repeatedly said that it follows all applicable tax laws.

The company also recently sparred with Sen. Elizabeth Warren, who has advocated for raising taxes on big corporations. Last month Warren said in a tweet: "Giant corporations like Amazon report huge profits to their shareholders — but they exploit loopholes and tax havens to pay close to nothing in taxes. That's just not right."

Amazon responded to her, saying: "You make the tax laws @SenWarren; we just follow them. If you don't like the laws you've created, by all means, change them. Here are the facts: Amazon has paid billions of dollars in corporate taxes over the past few years alone."

For the 2017 and 2018 tax years, Amazon's financial filings showed that it expected to receive money back from the federal government, not that it owed money in income tax. For the 2019 tax year, Amazon said it owed more than $1 billion in federal income tax.

In 2020, Amazon paid $1.7 billion in federal taxes, the company said in its response to Warren. Its net income for the year was $21.3 billion.

While it has already drawn some criticism, the Biden administration's infrastructure plan may be compelling enough to convince more corporate leaders to sign on in support of hiking business taxes.

Bezos said in his statement: "We look forward to Congress and the Administration coming together to find the right, balanced solution that maintains or enhances U.S. competitiveness."

Rieder told CNN Business last month that he thinks the US economy can "definitely" withstand higher corporate taxes, and suggested that raising the corporate rate could help ensure that economic gains are distributed more evenly among corporations and workers.

"The US economy is amazingly resilient," he said, "and in fact will perform well when you get some of this income redistribution and consumption at an easier and a better place, particularly for lower and middle income."

--CNN's Brian Fung and Matt Egan contributed to this report

--Correction: An earlier version of this story misstated the percentage of Amazon's 2019 income it owed in total US federal income taxes that year.