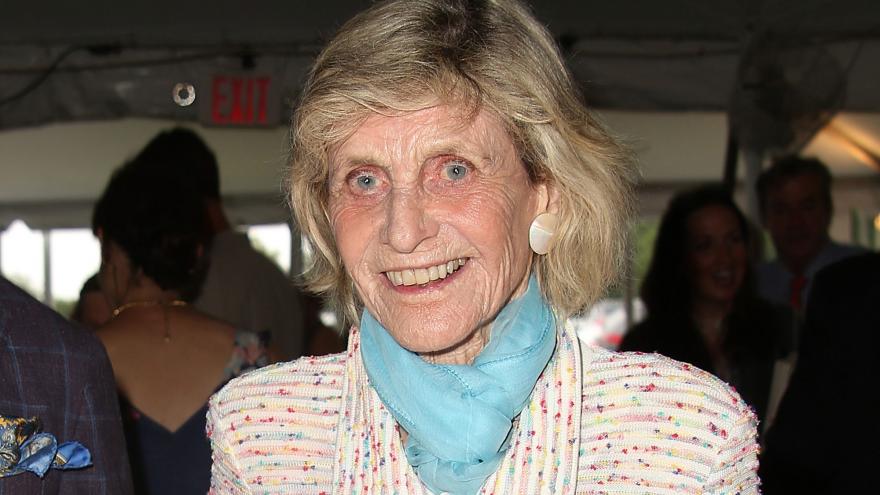 "It is the end of an era," Kym Smith said of her mother's passing.

"She lived a great life" and was vibrant up until her death, her daughter told CNN.

Smith was the youngest daughter of Rose and Joseph Kennedy, born in Boston, Massachusetts, on February 20, 1928. She was the eighth child out of nine in a family that was such a major force in American politics and society for decades.

Smith was the US ambassador to Ireland in the 1990s, playing a key role in the Northern Ireland peace process. At age 65, she was appointed to the role by President Bill Clinton and served from 1993 to 1998.

Kym Smith told CNN her mother was most proud of the Ireland peace agreement she helped broker.

"She did an amazing job on the peace process," Kym Smith said. "She worked tirelessly."

Smith's first foray into national politics was campaigning for her elder brother, then-Massachusetts Sen. John F. Kennedy, as he sought the presidency in 1960, according to the Kennedy presidential library.

Smith would later accompany then-President Kennedy on his June 1963 visit to Ireland, the home of their ancestors, five months before his assassination in Dallas.

Two of her other brothers, Robert F. Kennedy and Edward "Ted" Kennedy, both became US senators.

In 1974, Smith founded Very Special Arts, a non-profit organization affiliated with the Kennedy Center that provides arts and education opportunities for people with disabilities.

She was a recipient of the Presidential Medal of Freedom in 2011 for her work with VSA.

In 1956, she married the late Stephen E. Smith, a transportation executive. Together they had four children: Stephen Jr., William, Amanda and Kym.

CORRECTION: This story has been updated to reflect that Ted Kennedy was a younger brother of Jean.