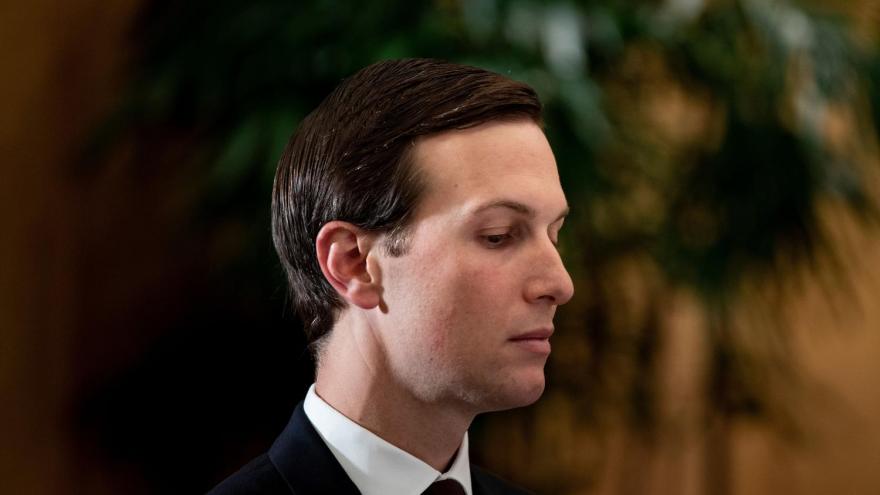 (CNN) -- President Donald Trump's inner circle is beginning to split over his ongoing refusal to accept the results of the 2020 election, as Jared Kushner and first lady Melania Trump advised him to come to terms with President-elect Joe Biden's victory and his adult sons pressed him and allies to keep fighting.

Kushner, the President's son-in-law and senior adviser, has approached him to concede, two sources told CNN. The first lady, according to a separate source familiar with the conversations, has privately said the time has come for him to accept the election loss.

Meanwhile, Trump's two adult sons, Donald Jr. and Eric, have urged allies to continue pressing on and they have pushed Republicans and supporters to publicly reject the results even as CNN and other news organizations projected the race for Biden on Saturday.

Trump's campaign is planning a messaging blitz to fuel its argument -- unsupported by any evidence to date -- that the President's second term is being stolen from him through corrupt vote counts in battleground states, three sources familiar with the matter told CNN on Sunday evening.

One of the ways it plans to do that is presenting obituaries of people the campaign will claim voted in the election and considering having campaign style rallies to amplify the message, according to two of the sources.

The goal of the effort is to raise enough doubt about the results that secretaries of state in battlegrounds feel pressure to open investigations or call on their own for recounts -- something that would prolong the process and potentially give the campaign more time to advance its litigation through the courts.

A previous fact check by CNN of claims by a handful of prominent Republicans, such as members of Trump's family and supporters like former House Speaker Newt Gingrich and former acting Director of National Intelligence Richard Grenell, of dead people voting in Michigan fell apart under scrutiny. A CNN analysis of the claim and the purported backing for it did not find a single instance of that happening.

The President, who was at his golf course in Sterling, Virginia, on Saturday when the race was called, has not denied the outcome of the election privately even as he does so publicly, sources told CNN. But he's continuing to push his attorneys to pursue legal challenges that would delay formal certification of the results, and he has made no public indication that he is ready to accept the results of the election.

Trump campaign spokesman Jason Miller in a tweet Sunday morning denied that Kushner has approached Trump, although CNN stands by its reporting. "This story is not true," said Miller. "Jared has advised @realDonaldTrump to pursue all available legal remedies to ensure accuracy."

Trump asserted in a statement from his campaign -- moments after CNN and other networks projected that Biden will become the 46th President of the United States -- that Biden is "rushing to falsely pose as the winner" and that the race is "far from over."

"I will not rest until the American People have the honest vote count they deserve and that Democracy demands," Trump said in the statement, which explains that the campaign's legal battle will begin Monday.

Biden-Harris deputy campaign manager Kate Bedingfield said Saturday night that there had been no communication between Biden and Trump, or between any representatives from either campaign, since the race was called earlier in the day.

And Biden campaign senior adviser Symone Sanders, told CNN's Jake Tapper on "State of The Union" Sunday that "a number of Republicans from the Hill have reached out," but said, "I don't believe anyone from the White House has."

Biden won the presidency Saturday after the battleground state of Pennsylvania pushed the Democrat over the 270 electoral votes needed to capture the White House.

Meanwhile, some members of Trump's party on Sunday vocalized their opposition to the President conceding the election, urging him not to do so.

Republican Sen. Lindsey Graham of South Carolina, one of the President's closest allies in the Senate, said "the President should not concede" during an interview on Fox News.

Texas Sen. Ted Cruz, who was also Trump's one-time primary rival, also advised against concession, saying it would be "premature."

And Sen. Roy Blunt of Missouri, a member of Republican leadership in the Senate, would not acknowledge on Sunday that Biden is the President-elect, citing both the legal challenges initiated by Trump's lawyers in states across the country and the ongoing vote counting process as reasons.

Trump's two adult sons have been key voices in urging the President and his allies to continue contesting the results of the 2020 election, according to multiple sources.

Beyond public posturing on social media, both Don Jr. and Eric Trump have been digging in their heels, seeking to drum up broad GOP support for contesting the election results and telling allies they genuinely believe the election was fraudulent.

In recent conversations, Eric Trump has told allies he believes the election was "stolen from us," according to a source familiar with his comments, and vowed to fight to overturn the results.

And in the days since Don Jr. called out Republicans -- and in particular "2024 GOP hopefuls" -- for not offering sufficient backing to the President's claims, the eldest son has been waging a lobbying effort among senators and governors to release supportive statements, according to people familiar with the conversations.

So far there has been only a moderate wave of outward support from Republicans, though some -- including House Minority Leader Kevin McCarthy and House Republican whip Steve Scalise -- have said the President's legal maneuvers must be resolved before the election can be called. And South Dakota Gov. Kristi Noem, who is said to be considering a run in 2024, appeared Sunday on ABC to say the President deserves his day in court.

Many other Republicans are also growing frustrated with the pressure campaign and lack of evidence of voter fraud thus far presented by the Trump team, with some prominent Republicans urging the President's team to put up or shut up.

But Trump's sons are not alone in encouraging the President to wage legal war rather than concede. Meadows is also said to be encouraging an arduous legal fight as have Trump lawyer Rudy Giuliani, former Florida Attorney General Pam Bondi and the President's longtime political advisers Corey Lewandowski and David Bossie.

In the days following the election, Don Jr. traveled to Georgia, where two congressional races -- one of which has already advanced to a January 5 runoff and the other likely to -- could determine control of the Senate. While he was there he held a press conference decrying the vote-counting process in the state. People familiar with the matter said he also held meetings focused on the upcoming Senate contests.

The President has privately expressed frustration that some Republican leaders appear ready to move on from his race to focus on the Georgia election, people familiar with the conversations said, insisting they focus on him instead.

This story has been updated with reporting about new Trump campaign efforts.