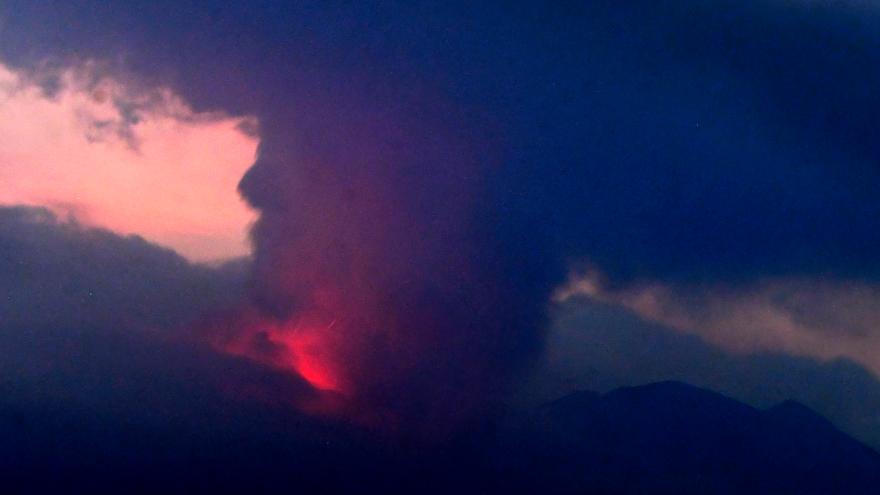 (CNN) -- Japan's Sakurajima volcano, located on the island of Kyushu, erupted on Sunday, prompting evacuations in the region.

The Japan Meteorological Agency (JMA) said the volcano erupted around 8:05 p.m. local time (7:05 a.m. ET). Footage from the agency's surveillance camera showed a cloud of smoke or ash rising from the volcano.

There were no immediate reports of damage or casualties.

Japan's nuclear regulators said that no irregularities had been detected at the nearby Sendai nuclear power plant, Reuters reported.

According to NASA, Sakurajima is one of Japan's most active volcanoes, having erupted on several occasions in recent decades.

It previously erupted in January, spewing a cloud of ash kilometers into the air.

The volcano is located in the Kagoshima Prefecture on the southern tip of Japan.