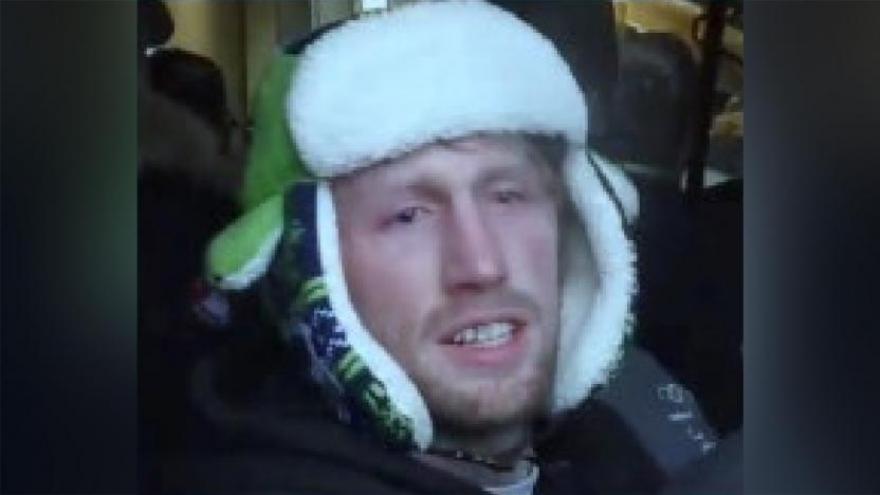 An Ohio man was sentenced to 46 months in jail for assaulting a police officer with a dangerous weapon in a tunnel at the US Capitol on January 6.

(CNN) -- A Washington state man was sentenced to 46 months in jail for assaulting a police officer with a dangerous weapon in a tunnel at the US Capitol on January 6.

During the Capitol riot, Devlyn Thompson helped move police shields up a line of rioters in the tunnel, attempted to throw a speaker at police officers -- which ended up hitting and injuring a fellow rioter -- and eventually hit a police officer in the hand with a metal baton, according to court documents.

Thompson, who spent nearly three hours on January 6 at the grounds of the Capitol, pleaded guilty earlier this year.

Judge Royce Lamberth of the federal district court in Washington, DC, said that while Thompson "deserve(d) credit" for his early cooperation, he couldn't "see a justification for going below" sentencing guidelines.

"The violence that happened that day was such a blatant disregard to the institutions of government," the judge said before handing down the sentence.

"You didn't just come up and sock a guy in the face," Lamberth said in reference to Scott Fairlamb, another rioter who received 41 months for punching an officer on January 6. "You're shoving and pushing...and participating in this riot for hours."

Thompson is the second January 6 rioter to be sentenced for the felony of assaulting an officer with a dangerous weapon. The first, Robert Palmer, received a 63-month sentence for attacking police officers with a fire extinguisher, a wooden plank and a pole. More than 140 other rioters face the same charge.

CORRECTION: An earlier version of this story misidentified where Thompson is from. He is from Washington state.