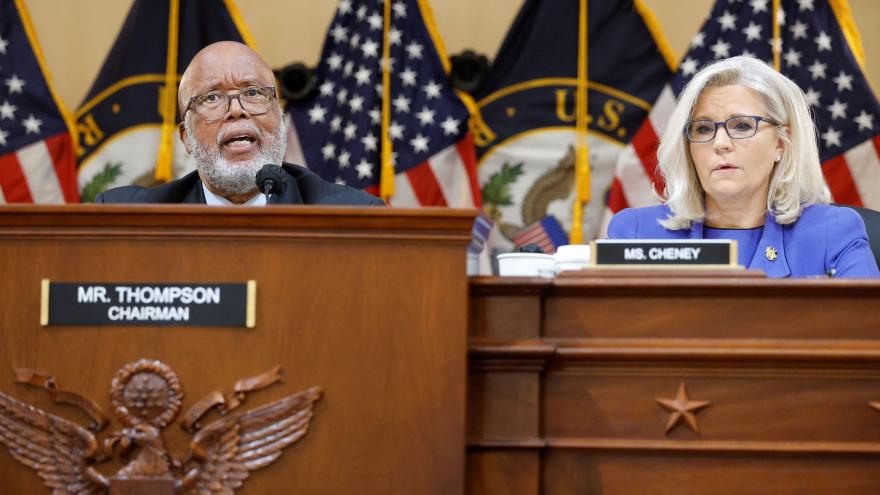 (CNN) -- More than 20 million TV viewers tuned in to Thursday's prime-time presentation about the January 6 attack, and it reached a far larger number through all manner of social and old-school media.

According to early Nielsen estimates, nine of the channels that carried the hearing averaged a combined 19 million viewers during the two-hour hearing. This data doesn't count every TV channel, however, or most web streaming, so the true total is larger.

Big live events are sliced and diced in dozens of different ways across radio, TV and the internet, so every attempt to measure total audience is inherently incomplete.

The early numbers are respectable, given the fragmented state of TV, but other widely-carried political events have garnered bigger audiences lately. President Biden's State of the Union address in March averaged 38 million viewers across sixteen channels.

Fox News carried Biden's address, and about 6.9 million people watched it on that channel, but not the hearing.

Tucker Carlson's loyal fans stayed with him Thursday while he made a show of ignoring the revelations about the assault on democracy. Carlson averaged about 3.3 million viewers, which is an ordinary night for him. Notably, though, Carlson did not take any commercial breaks, which might have tempted some of his viewers to sample the hearing on another channel.

While Carlson's ratings reflect the fact that a segment of right-wing viewers were not interested in consuming the hearing, other audiences were.

The right-wing channel Newsmax, which did show most of the hearing, had fewer than 150,000 viewers.