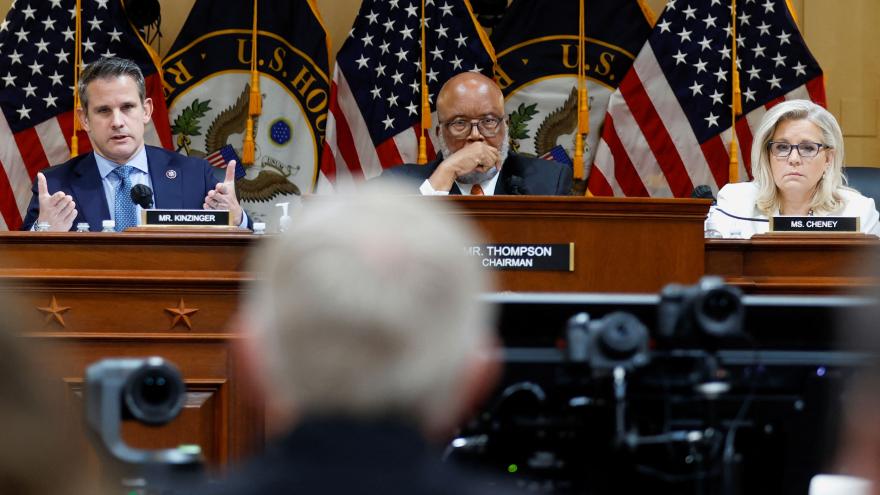 The panel has not revealed the hearing's topic.

The announcement came as a surprise to many as the committee had said it was not going to resume its hearings until mid-July. Democratic Rep. Bennie Thompson of Mississippi, the committee's chairman, told reporters last week that the panel needed more time to go through the new documentary footage it received from documentarian Alex Holder, who possesses never-before-seen footage of Trump and his family, new information from the National Archives, and new tips coming in through the panel's tip line since the hearings started in order to move forward with its hearings

The committee did not reveal the witness list or topic but said it would "present recently obtained evidence and receive witness testimony."

Tuesday's hearing starts at 1 p.m. ET. It will be the panel's sixth hearing this month.

In its first five hearings, the committee laid out how former President Donald Trump knew he lost the 2020 presidential election but pressured former Vice President Mike Pence, state officials, and the Department of Justice to work to keep him in office anyway. Members on the committee previously laid out that its final two hearings would focus on the role domestic extremist groups played in attacking the Capitol on January 6 and would fill in the gaps of what Trump was doing as the violence at the Capitol unfolded.

Holder's "Unprecedented" three-part docuseries about the 2020 election will be released on Discovery Plus, which is owned by CNN's parent company, later this summer. The documentary includes never-before-seen footage of the Trump family on the campaign trail and their reactions to the outcome of the election.