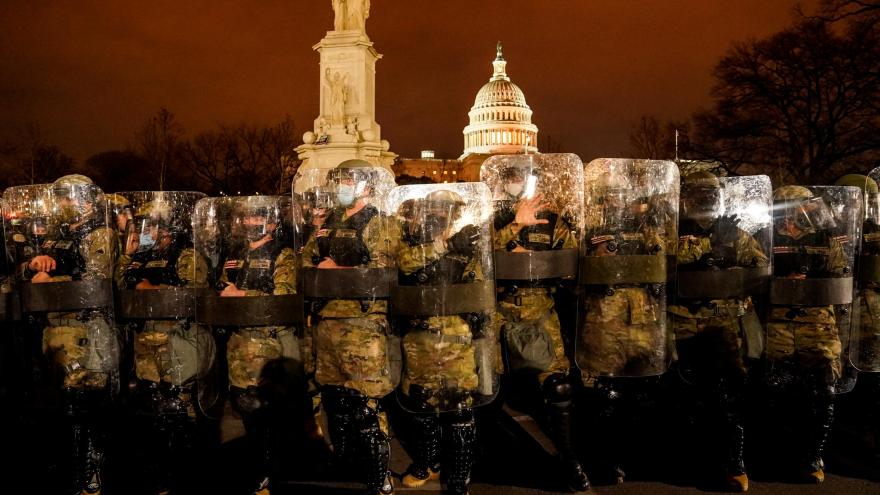 (CNN) -- The House select committee investigating the January 6, 2021, attack on the US Capitol is preparing an analysis on the National Guard that could be ready as soon as next month, panel chairman Rep. Bennie Thompson said Thursday.

The analysis has been in the works for "a couple of months" and will partially seek to answer, "this question about whether or not the President actually engaged or made a reference to the Guard coming," Thompson said.

"I think that has pretty much been refuted. Even though he's still saying it," the Mississippi Democrat added of former President Donald Trump. "But from the Department of Defense standpoint, it didn't happen."

The National guard was not fully activated until hours after the violent mob descended on the Capitol.

But former acting Defense Secretary Chris Miller told the House select committee that Trump never gave him a formal order to have 10,000 troops ready to be deployed to the Capitol, according to new video of Miller's deposition released by the committee.

At one of the panel's public hearings last month, the committee played testimony from Chairman of the Joint Chiefs Gen. Mark Milley saying it was then-Vice President Mike Pence who ultimately gave him "very direct, unambiguous orders" to get the Guard to the Capitol.

But Milley testified that Trump's former chief of staff, Mark Meadows, told him to say that it was Trump, not Pence, who gave the order.

"He said: We have to kill the narrative that the Vice President is making all the decisions," Milley said in his video deposition about what Meadows told him. "We need to establish the narrative, you know, that the President is still in charge and that things are steady or stable, or words to that effect."

Thompson said Thursday that the National Guard analysis would be separate from the panel's final report, which is still "a work in progress."