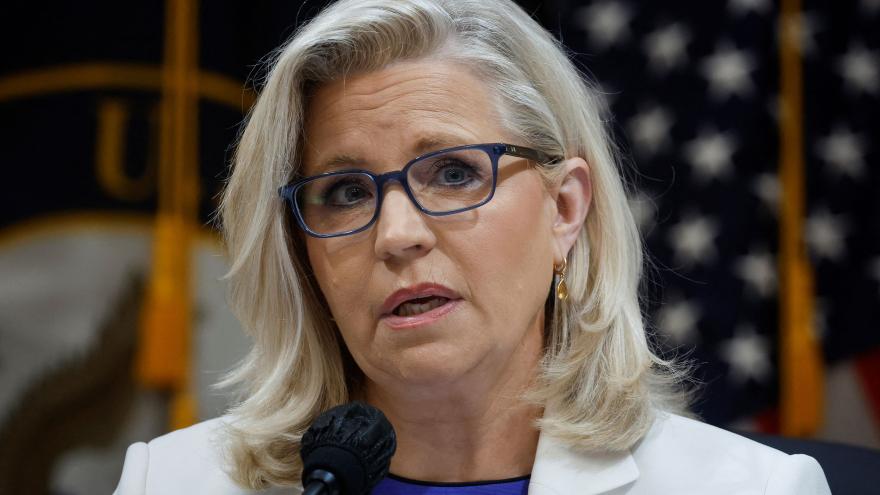 (CNN) -- The committee investigating the events surrounding the January 6, 2021, attack on the US Capitol will "contemplate a subpoena" for Virginia "Ginni" Thomas, the wife of Supreme Court Justice Clarence Thomas, if she does not voluntarily meet with the committee over her role in advocating to overturn the 2020 election results, the committee's co-chair said Sunday.

Rep. Liz Cheney, a Wyoming Republican who serves as the vice chair of the committee, told CNN's Jake Tapper on "State of the Union" on Sunday that the committee is speaking with Thomas' counsel.

The committee has asked Thomas, a conservative activist, to meet with the panel and provide documents that could be relevant to the investigation. The committee has email correspondence between Thomas and former President Donald Trump's election attorney John Eastman, as well as texts between her and Trump White House chief of staff Mark Meadows. The texts show Thomas urging Meadows to continue the fight to overturn the 2020 presidential election results. Eastman and Meadows have also been subjects of the committee's investigation.

A lawyer for Thomas said in a letter to the House select committee last month that he "does not believe there is currently a sufficient basis to speak with" Thomas.

No decision yet on criminal referrals of Trump

Cheney also said the committee has not decided whether it will make criminal referrals of President Donald Trump, but that she believed Trump violated the oath of office and it is "absolutely something we are looking at."

"I think that Donald Trump, the violation of his oath of office, the violation of the Constitution that he engaged in, is the most serious misconduct of any president in the history of our nation. I think that, as I said, the committee has not decided yet whether or not we'll make criminal referrals. That's something we take very seriously. And I would also say that the Department of Justice certainly is very focused based on what we see publicly on what is the largest criminal investigation in American history. But there's no doubt in my mind that the President of the United States is unfit for further office."

"I also know that what we saw in terms of what's happened over the course what we've become aware of over the course of the last several weeks is deeply troubling," she said. "We will get to the bottom of it."

Cheney on her future

Cheney said her work on the January 6 committee "is the single most important thing I've ever done professionally," telling Tapper that even if she loses her upcoming race for reelection because of her committee work, there was "no question" it was still worth serving on it.

She called her primary race, "a highly unusual moment, certainly in American politics."

"I will also say this, I'm not going to lie. I'm not going to say things that aren't true about the election," she said. "My opponents are doing that certainly simply for the purpose of getting elected ... if I have to choose between maintaining a seat in the House of Representatives, or protecting the constitutional republic and ensuring the American people know the truth about Donald Trump, I'm going to choose the Constitution and the truth every single day."

This story has been updated to include more from Cheney's interview.