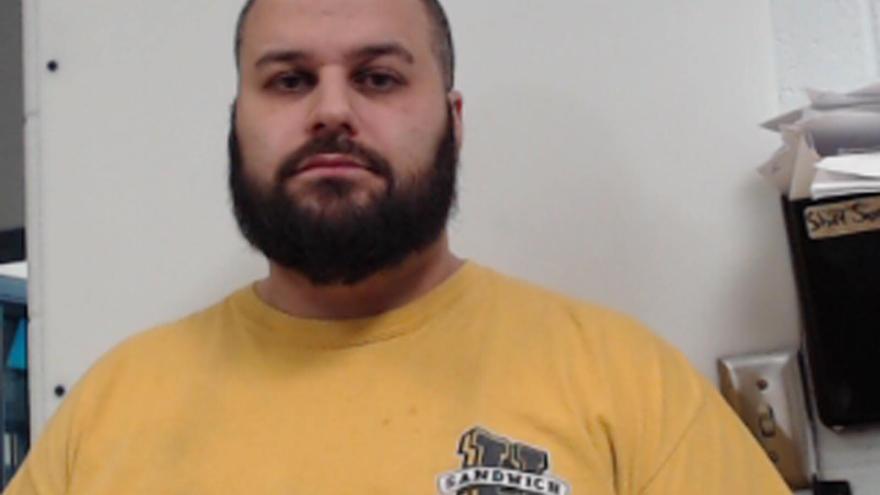 By Holmes Lybrand and Avery Lotz

(CNN) -- A January 6 rioter accused in the assault of Capitol Police officer Brian Sicknick pleaded guilty on Wednesday to disorderly conduct and entering and remaining in a restricted area in connection to the US Capitol attack.

George Tanios, who purchased two cans of bear spray and two cans of pepper spray prior to the riot, faces up to a year behind bars according to his plea agreement, which was read aloud in court Wednesday. He will be sentenced in December.

According to court documents, Tanios brought bear spray to the Capitol that day, which his co-defendant, Julian Khater, used to assault a line of officers, including Sicknick.

Washington, DC's chief medical examiner determined that Sicknick suffered several strokes and died of natural causes on January 7, 2021. The medical examiner, Francisco Diaz, told The Washington Post at the time that the Capitol attack and "all that transpired played a role in his condition."

In a video recorded that day and cited by the government, Khater can be heard saying, "Give me that bear s**t."

"Hold on, hold on, not yet, not yet... it's still early," Tanios said, before Khater approached a line of officers, including Sicknick, with the spray, court documents say. Attorneys for Khater have argued he only attacked officers after being sprayed first.

If accepted, Khater's sentencing guidelines would range from 78 to 97 months, one of the highest sentences a Capitol rioter who has pleaded guilty has faced.

The case has garnered political attention in recent months, particularly in the public hearings held by the House select committee investigating the January 6, 2021, attack.

When Caroline Edwards, a US Capitol Police officer who was attacked with chemical spray alongside Sicknick, testified to the committee, she recalled the moment she saw Sicknick holding his head in his hands after being sprayed.

"He was ghostly pale, which I figured at that point that he had been sprayed, and I was concerned," she told the committee in June. "My cop alarm bells went off because if you get sprayed with pepper spray, you're going to turn red. He turned just about as pale as this sheet of paper."

Sicknick's family was also present at the hearing that night.

"Also shitty not to have acknowledged the death of the Capitol Police officer," Tim Murtaugh, Trump's former director of communications texted Matthew Wolking, one of Murtaugh's deputies.

Wolking responded, saying he was enraged and that everything Trump said about supporting law enforcement "was a lie."

"You know what this is, of course, if he acknowledged the dead cop, he'd be implicitly faulting the mob. And he won't do that because they're his people," Murtaugh replied, adding if Trump acknowledged Sicknick's death, it could imply acceptance that "what he lit at the rally got out of control."