Jan. 6 committee expands interest into possible use of the 25th Amendment against Trump with Mnuchin and other Cabinet interviews 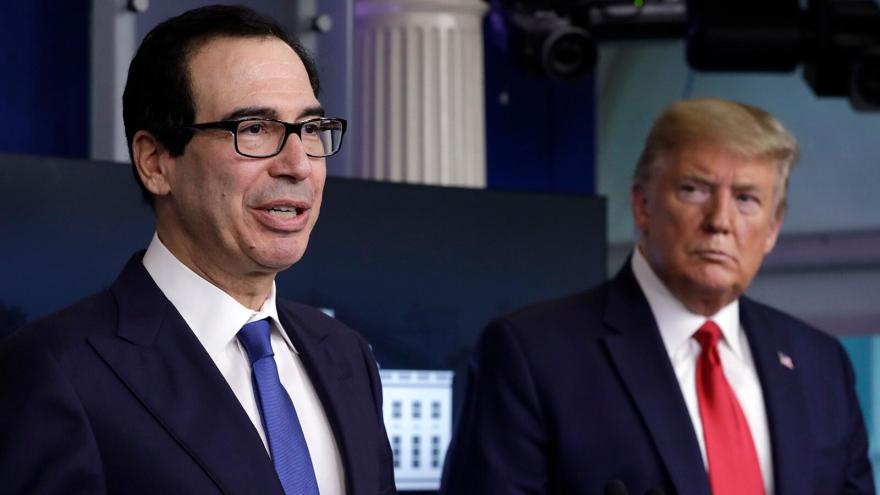 (CNN) -- The House select committee investigating January 6 is zeroing in on former officials from Trump's Cabinet for testimony and is particularly interested in learning more about conversations among officials about possibly invoking the 25th Amendment after the US Capitol attack.

Sources tell the CNN the committee is negotiating terms for a potential interview with former Director of National Intelligence John Ratcliffe. Given the classified nature of Ratcliffe's former role, there are unique issues the two sides have to work out.

The committee will also interview former Secretary of State Mike Pompeo as soon as this week and is speaking with former acting White House chief of staff Mick Mulvaney on Thursday.

The committee also met with former Attorney General Bill Barr, but he had left the administration prior to the events of January 6th.

The interest in the 25th Amendment and activities following the Capitol attack comes after former White House aide Cassidy Hutchinson testified last month about a "large concern" that the Cabinet and then-Vice President Mike Pence could attempt to remove the President from office.

"There was a large concern of the 25th Amendment potentially being invoked, and there were concerns about what would happen in the Senate if it was," Hutchinson testified.

But Marc Short, former chief of staff to former Vice President Mike Pence, said on CNN Thursday that he doesn't "recall there being any serious conversation" about invoking the 25th Amendment, saying that using it would have been impractical.

Short added: "That wasn't happening in 10 days in the administration ... This was really just a political ploy by Nancy Pelosi and Democrats in Congress to try to put pressure to exert this and it was never going anywhere in our White House."

ABC News was first to report the Mnuchin interview.

The separate Justice Department criminal investigation into the plots to subvert the 2020 election is also heating up.

CNN previously reported that Hutchinson is cooperating with DOJ's criminal investigation, a source with knowledge of the discussions confirmed to CNN. The extent of that cooperation isn't clear. Hutchinson was a star witness for the committee.

DOJ also obtained a second warrant to search the cell phone of right-wing lawyer John Eastman as part of its criminal inquiry, prosecutors said in a court filing Wednesday.

Investigators seized Eastman's phone earlier this month in New Mexico after receiving a warrant to take the device. Agents needed a second warrant to search the contents of the phone, which they received on July 12.

The warrant is a critical step in the Justice Department's intensifying investigation into January 6, where investigators have seemingly zeroed in on the conduct of Trump and his close allies' efforts to overturn the 2020 election.

Eastman has been a key figure in the committee's investigation in the plot to subvert the election results. A federal judge has previously said that Eastman and Trump "more likely than not" planned a crime as they sought to disrupt the January 6 congressional certification of the presidential election.

CORRECTION: A previous version of this story misspelled Marc Short's first name. It has also been updated with additional details.