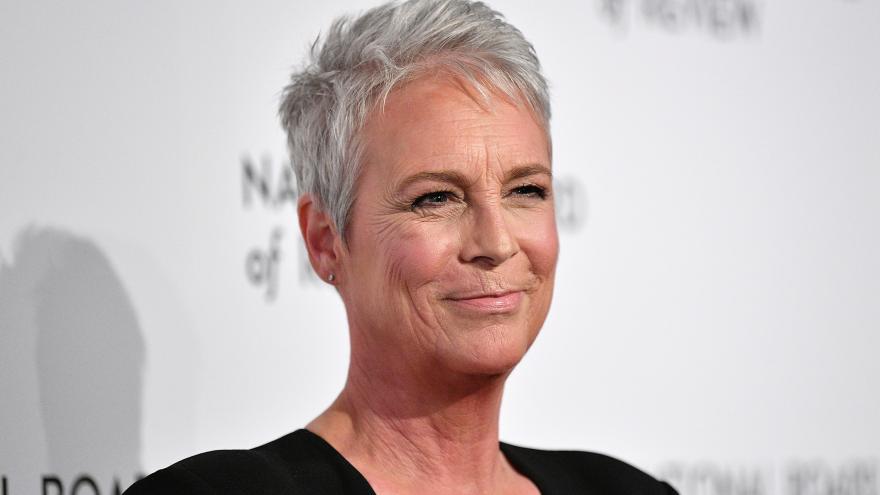 (CNN) -- Jamie Lee Curtis has proudly shared for the first time that her younger child is a transgender woman.

The Golden Globe-winning actress made the announcement -- with her daughter's permission -- in a new cover interview with the AARP magazine, saying she and her husband Christopher Guest "watched in wonder and pride as our son became our daughter Ruby."

Ruby, 25, is one of two children adopted by Curtis and Guest -- best known for playing lead guitarist Nigel Tufnel in "This Is Spinal Tap" -- after they struggled with infertility. The couple also share 34-year-old daughter Annie.

Curtis -- whose film credits include the "Halloween" movies, "Freaky Friday" and "My Girl" -- also revealed in the interview that Ruby, who works as a computer gaming editor, is planning to get married next year "at a wedding that I will officiate". She offered no further details about the upcoming nuptials.

On the topic of potentially becoming a grandparent in the future, the 62-year-old star told the magazine, which is produced by nonprofit The American Association of Retired Persons: "Not yet, but I do hope to."

Curtis shared a photo of her AARP magazine cover on Instagram on Thursday, telling her 3.3 million followers that she had plenty of reasons to smile.

"I very rarely smile in photographs. An old idea. I couldn't help myself though during this shoot with @aarp @brianbowensmith because I AM SO HAPPY!" the caption read.

In 2017, Curtis -- who has long been an LGBTQ ally -- shared a Huffington Post article on Twitter: "Dear Trans Kids. The letter we all wish we had written. (from a trans teacher)."

Last year, she announced that she will be directing and starring in a TV movie about Sara Cunningham and her organization Free Mom Hugs, which works to empower "the world to celebrate the LGBTQIA+ community through visibility, education, and conversation."