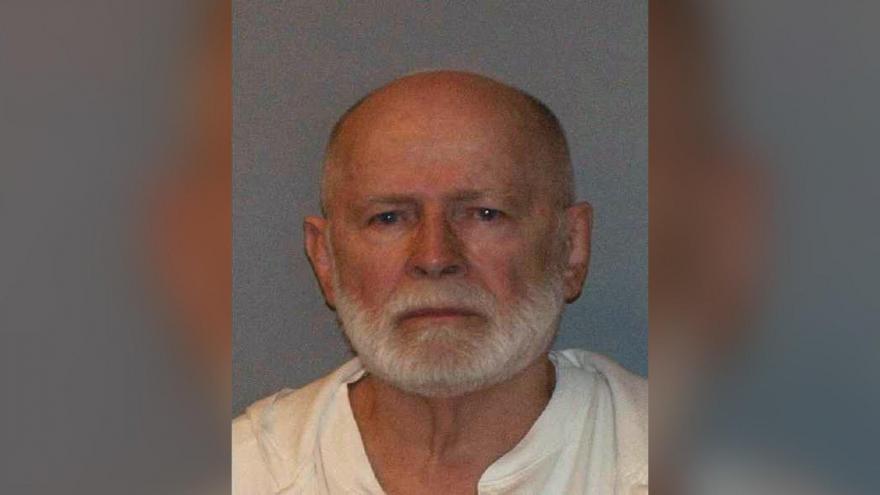 The family of James "Whitey" Bulger has filed a wrongful death claim against the US Department of Justice, US Bureau of Prisons and US Marshals Service, alleging a conspiracy among them to deliberately harm him.

(CNN) -- The family of notorious mobster James "Whitey" Bulger has filed a lawsuit accusing 30 Federal Bureau of Prisons employees of "intentional or deliberately indifferent" actions leading to his violent death at the hands of another inmate.

A much-feared Boston gangster who lived violently, Bulger was killed in 2018 in a West Virginia prison at the age of 89 while serving two life sentences and five years for running a criminal enterprise that a federal judge said committed "unfathomable" acts that terrorized a city.

Bulger was beaten to death in the US Penitentiary Hazelton in Bruceton Mills, West Virginia, within hours of his transfer there in a move the lawsuit said was so "inappropriate" it appeared he was "deliberately sent to his death."

The suit, filed in West Virginia on Friday, accuses prison wardens and other correctional officers of knowingly violating Bulger's civil rights. The defendants are not identified in the suit, it said, because Bulger's family doesn't know who was involved in the decision to transfer him.

CNN has reached out to the Bureau of Prisons for comment.

The suit said the US government's portrayal of Bulger as a "snitch" who ratted out key mafia figures put a target on his back in federal custody, where he was "perhaps the most infamous and well-known inmate" since Al Capone.

At a a federal prison in Tucson, Arizona, another inmate was able to access Bulger's cell and stab him in the head while he slept, according to the lawsuit. Bulger's "mental and physical health deteriorated" during his time in Tucson. He was unable to walk or stand unaided, fell frequently and needed to use a wheelchair, the lawsuit said.

Bulger also spent time at a prison in Florida before his transfer in October 2018 to Hazelton, a violent facility known as "Misery Mountain," according to the lawsuit.

"Predictably, within hours of his placement in general population at Hazelton, inmates believed to be from New England and who are alleged to have Mafia ties or loyalties, killed James Bulger, Jr. utilizing methods that included the use of a lock in a sock-type weapon," the suit said.

Bulger died of blunt force injuries to the head, according to his death certificate. His injuries occurred when he was "assaulted by other(s)," the document said. The approximate time between onset of his injuries and death is listed as "minutes."

The suit asks for compensatory and punitive damages.

The FBI is continuing to investigate Bulger's death, Stacy Bishop, a spokesperson for the U.S. Attorney's Office for the Northern District of West Virginia, said Wednesday.

Bulger was convicted in 2013 of racketeering and murder, after jurors heard evidence of crimes during the time Bulger ran Boston's Irish Mob from the early 1970s through 1994, when he fled the city.

Bulger was a fugitive for 16 years, becoming one of the most wanted men in America. He was captured in California a decade and a half after skipping town ahead of a pending indictment.

Bulger's story became the partial inspiration for the 2006 Oscar-winning film "The Departed," which starred Jack Nicholson as a character modeled on Bulger. In 2015, actor Johnny Depp played Bulger in the film "Black Mass."