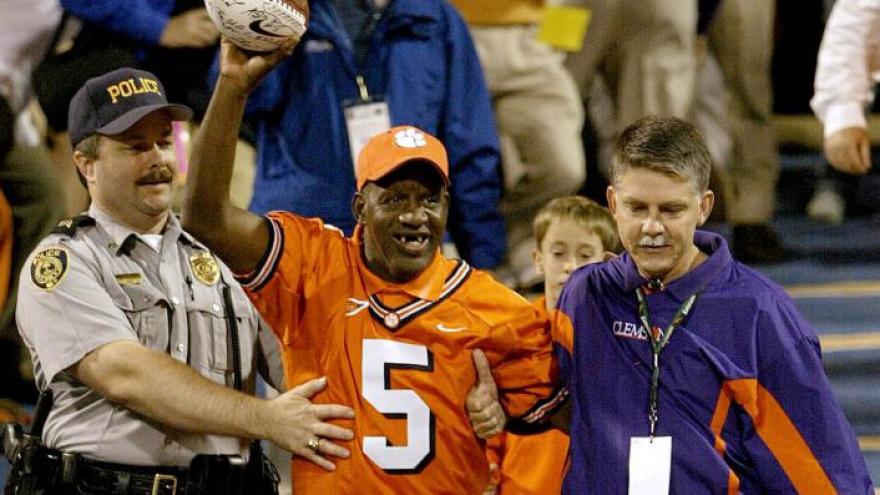 James "Radio" Kennedy, the mentally disabled man whose importance to a South Carolina football team inspired the Hollywood movie "Radio," died at the age of 73.

He passed away surrounded by his family after midnight Saturday into Sunday, Athletic Director John Cann said. Details for his funeral will be handled by McDougald Funeral Home in Anderson.

Kennedy earned the nickname "Radio" in the mid-1960s when he began to show up at Hanna's football field with a transistor radio, according to Sheila Hilton, the former principal at Hanna.

"He became a fixture at football practices, standing passively and watching, until one day when he began to mimic the coaches' signals and tried his hand at yelling out commands," Hilton wrote. "At that point, he could have been labeled a distraction and sent away. But he was not. The coaches embraced him, and as coaches came and went, someone would always take over in caring for him."

Coaches, players, students and the community came to embrace Radio, who took on duties as assistant coach, cheerleader and halftime performer. Though he could not read or write, he took classes at the high school, forever a junior so that he would not graduate.

"Everyone has a story to tell, some of them priceless -- his eating a cooler full of sandwiches that had been made for the team and stored safely on the bus; his pass-kick-and-throw half-time shows; his permanent status as a junior, with no threat of graduation; and his astounding ability to name the mascot of any team in the state," Hilton wrote.

"The stories could fill the pages of a lengthy book, each showing the child-like innocence and loving heart that existed within him."

A 1996 Sports Illustrated article by Gary Smith told the story of Kennedy's connection to the team and his importance to the town. That article was then adapted into the 2003 movie "Radio" that starred Cuba Gooding Jr. as Radio and Ed Harris as the football coach who took a liking to him.

Hilton wrote that Radio's story had a simple message: "love and compassion can change lives."

"It has changed his, and, in return, he has changed ours, and we are better people for having known him."