James Fields should get life in prison for Charlottesville murder, jury says 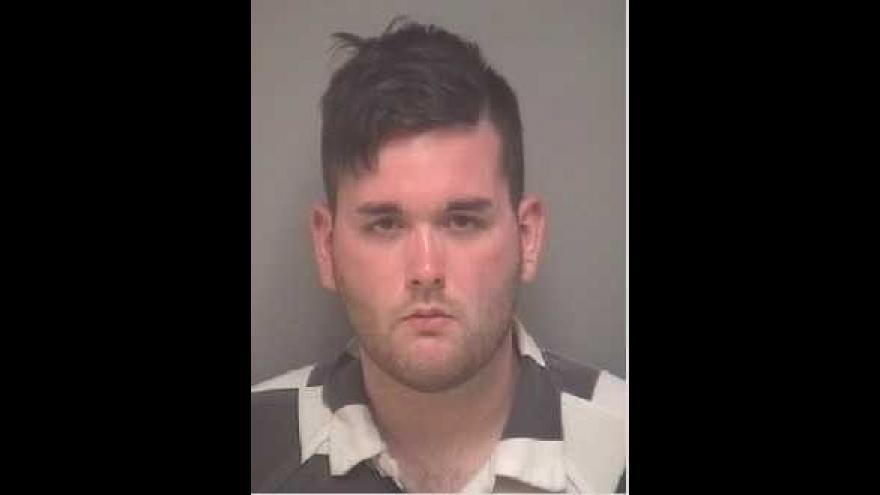 A jury wants James Fields, convicted of killing paralegal Heather Heyer during a white nationalist rally in Charlottesville, to serve life in prison on the murder charge, it decided Tuesday.

(CNN) -- A jury wants James Fields, convicted of killing paralegal Heather Heyer during a white nationalist rally in Charlottesville, to serve life in prison on the murder charge, it decided Tuesday.

Jurors also recommended a $100,000 fine on the murder count. For the five counts of aggravated malicious wounding, the jury said Fields should receive 350 years and a $350,000 fine, and for the three counts of malicious wounding, he should get 60 years and a $30,000 fine. For the final count of leaving the scene of the accident, the jury said Fields should be imprisoned for nine years.

Fields looked straight ahead and gave no audible reaction as the verdict was read.

Judge Richard Moore will formally sentence Fields on March 29 and can rubber stamp or overrule the jury's decision. Moore will also decide if the sentences will run concurrently or consecutively.

Commonwealth's Attorney Joe Platania called the decision "Charlottesville's small part in rejecting and holding accountable those whose violent acts against others are fueled by hatred."

Victim's mother: More work to do

Heyer's mother, Susan Bro, thanked everyone involved, including those who defended her daughter's killer, and said that while the verdict represents a win for justice, battles remain to be fought.

"I thank the jury for their careful and thoughtful work," she said. "I thank his defense team for putting up a defense and trying to help the young man, but in the end, the hands of justice say he needs to be kept away from society for a while, and I'm content with that."

She continued, "The things that Heather died for, I'm not seeing a lot of progress in the last year and half, so let's take heart in the fact that we have won a victory today, but keep in mind that we must, must, must put direct action to our words. I'm tired of catchphrases. I'm tired of people making nice-sounding words and nothing happening. ... Let's all get busy ourselves."

Fields, 21, was attending last year's "Unite the Right" rally in Charlottesville when counterprotesters demonstrated against the white nationalists. That afternoon, Fields got in his Dodge Challenger and plowed into the counterprotesters at about 28 mph, killing the 32-year-old Heyer.

The jury found Fields guilty of first-degree murder and the other counts Friday.

In addition to the state charges, Fields also faces 30 federal hate crimes charges. The next step in his federal case is a January 31 status conference.

On Monday, Bro finally confronted her daughter's killer, presenting a victim impact statement. She told the court that her family members have attended therapy sessions "to push back the darkness."

As for her own life, she said, it will never be the same. At one point, as she read her statement, she apologized to the court, saying it was difficult to read through her tears.

"Some days I can't do anything but sit and cry as the grief overtakes me," she said.

One of the victims of the attack, Star Peterson, said Fields ran over her leg. Not only has it not healed, but "the metal holding my leg together has harbored one infection after the other," she said.

Peterson called the last 16 months of her life a "nightmare" and said her 7-year-old son fears going out in public because someone might attack him.

Daniel Murrie, a University of Virginia psychologist who evaluated Fields before the trial, told the court that the 21-year-old had a history of mental illness and was on antipsychotic medication by age 6.

He was hospitalized for mental illness when he was 7 and again when he was 15, Murrie said. He was diagnosed with schizoid personality disorder at 14. His father and both grandfathers, too, struggled with bipolar disorder, the doctor said, explaining that one of Fields' grandfathers killed his wife and himself.

Murrie determined that Fields was legally sane at the time of the attack, which is why the prosecution was able to proceed.