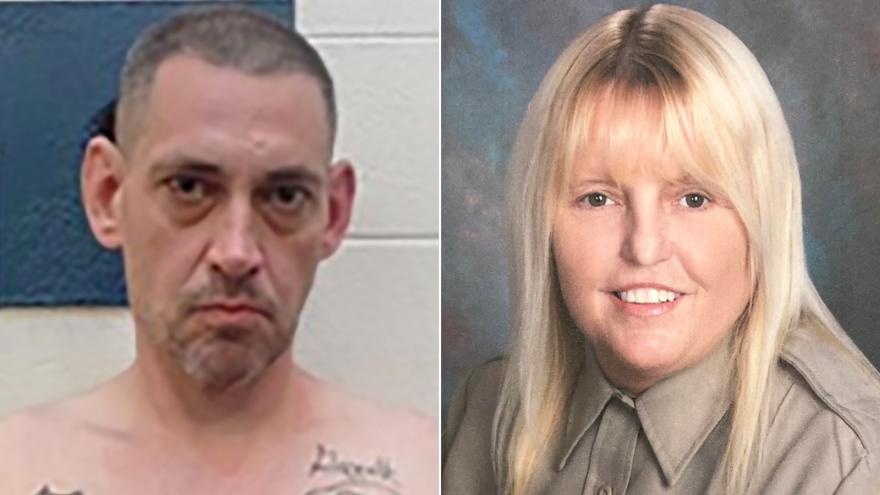 (CNN) -- A horde of cash. A getaway car. An enormous world in which to hide.

It seemed inmate Casey White and his jailer Vicky White had plenty of advantages when they walked out of an Alabama jail on April 29, the corrections officer allegedly helping facilitate her charge's escape.

For 11 days, the pair -- who weren't related -- stayed on the lam, until a car chase Monday in Evansville, Indiana, ended with the arrest of Casey White, 38, and the death of Vicky White, 56, from an apparent self-inflicted gunshot wound. Their disappearance by then had become a national fascination, and a tip from the public helped track them down a mere five-hour drive from where they vanished.

The preparation that went into the fugitives' flight from the Lauderdale County jail gave them a strong head start on authorities intent on catching them. Ahead of the escape, Vicky White sold her home for about $95,500 -- well below market value -- and used an alias to buy an orange 2007 Ford Edge SUV the pair used to flee Florence, Alabama. She also was caught on video shopping for men's clothes and later was seen wearing a wig.

But Casey White -- facing two capital murder charges while serving 75 years for other crimes -- and Vicky White -- a veteran officer with a sterling professional reputation -- also faced obstacles, including having to ditch the vehicle early in their journey and do things out in public to support their escape.

Their unforced errors seemed to mount as their infamy grew, law enforcement experts told CNN, and ultimately spelled the end of their quest for freedom.

"They had the cash, they had the transportation, the ability to continue changing modes of transport, but they just didn't take advantage of it," former FBI Deputy Director Andrew McCabe told CNN on Monday. "And that's how they got caught."

Escape plans usually don't extend far beyond the walls of a prison or jail, said John Moriarty, the retired inspector general for the Texas Department of Criminal Justice who has worked other inmate escape cases, including ones in which an inmate was helped by a corrections officer.

"They have a great plan usually to the fence," Moriarty said, "but when something goes wrong, they don't know how to deal with that."

Vicky White and Casey White's "escape was obviously well planned and calculated," Lauderdale County Sheriff Rick Singleton said before Monday's capture. "A lot of preparation went into this. They had plenty of resources, had cash, had vehicles, had everything they needed to pull this off."

And because Vicky White used a plausible cover to improperly spirit Casey White from the jail -- telling colleagues she was taking him out for a mental health evaluation -- "they got a six-hour head start on us," he said.

As second-in-command at the detention center, White "scheduled the van transport that morning, made sure all the other armed deputies were out of the building and tied up in court," Singleton said Tuesday. She "knew the booking officer wouldn't question her -- the assistant director -- when she told her she was going to take him to court and drop him off with other employees.

"She arranged: purchased the getaway car, she sold her house, got her hands on cash, she went shopping, bought clothes for him. She just, she just obviously put the plan together," Singleton said, adding that Vicky White was "basically the mastermind behind the whole plan."

Ditched SUV was a telling clue

But a key setback for the pair may have come soon after, when they discarded their getaway vehicle: The Ford Edge was found in a tow lot in Williamson County, Tennessee, about two hours north of the jail they fled in Florence, Alabama, the US Marshals Service said Friday.

The SUV had been towed to the lot the day the pair vanished after the Williamson County Sheriff's Office found it abandoned and locked, with no tags or identifying information, a sheriff's office spokesperson told CNN. The pair may have dumped the Ford Edge because of mechanical problems, Singleton said during a news conference Friday. Nothing was found inside.

Whatever their reason for ditching it, the vehicle's condition and where it was found are telling, William Sorukas Jr., the retired chief of the US Marshals Service's Investigative Operations Division, told CNN.

Fugitives often discard a vehicle at an airport or a large shopping center parking lot, where it may not be discovered for some time, he said before the pair was found. That Vicky White and Casey White's SUV was left in the middle of a rural area suggests they had to "alter any plans that they had of where they were going or how to get there," Sorukas said.

Where exactly they went next remains a mystery, though Casey White since his arrest has been "pretty candid" with investigators, who have not shared details publicly, said Dave Wedding, sheriff of Indiana's Vanderburgh County.

Money can be a double-edged sword

It's very difficult to find somebody if they have resources, said Jeffery Walker, a professor of criminal justice at the University of Alabama at Birmingham. "The fact that she sold her house and got the money out -- she's created a nest egg for them to be able to move and to survive for a period of time," he told CNN ahead of the capture.

Still, money can be a double-edged sword, these experts told CNN. Even if Vicky White and Casey White had cash, they'd have to venture out into public to spend it on food, water, clothing and gas. Complicating that was Casey White's attention-grabbing 6-foot-9 frame, which for authorities is "better than having a tattoo on your forehead," Moriarty said.

Indeed, it was someone believed to be Casey White whom a surveillance camera caught at an Evansville car wash where investigators learned the 2006 Ford F-150 they had bought in Tennessee had been spotted.

The officer and inmate were believed to have been in Evansville since May 3, Wedding said. It's also believed Casey White and Vicky White at some point also purchased another vehicle, Hunt said.

Investigators on Monday released the photos from the car wash; Vicky White was not in them.

That same day, officers on surveillance spotted Vicky White wearing a wig as she left a hotel, US Marshal Marty Keely said. She and Casey White got into a Cadillac and drove off -- on the trip that would end with his arrest and her death.

In the days after the pair escaped, authorities likely spoke with people who knew them, law enforcement experts told CNN. The goal would have been to build a "comprehensive picture of their lives," said Sorukas, to help authorities "determine how they were going about their business and what they did in their lives prior to their escape."

With Casey White now talking with investigators, what really happened may soon be revealed -- including perhaps the most perplexing question: why they never made it more than 300 miles away.

"It's somewhat incomprehensible here that they had that advantage of time, and they seemed to have wasted it by staying in Evansville, Indiana," McCabe told CNN, "and essentially allowing the investigation to catch up with them."