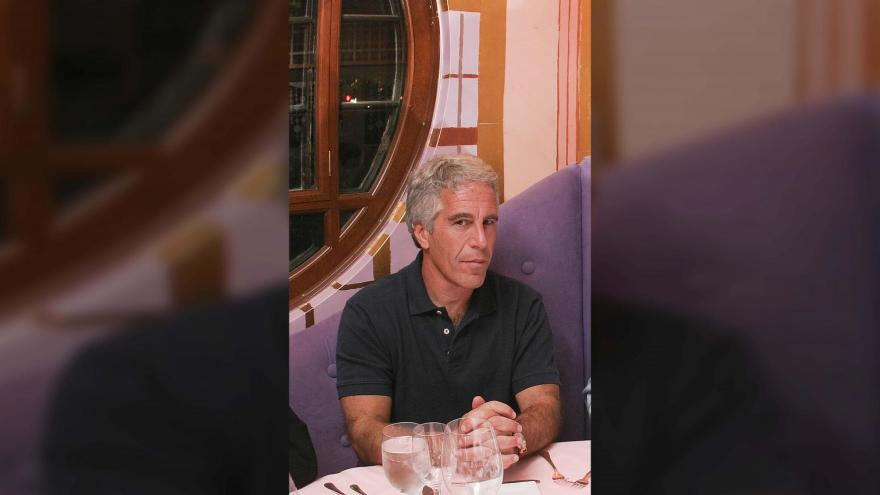 Video surveillance footage taken outside Jeffrey Epstein's cell during his first apparent suicide attempt in July 2019 "no longer exists" due to an accidental mix-up and technical issues, the government said in a court filing.

(CNN) -- Video surveillance footage taken outside Jeffrey Epstein's cell during his first apparent suicide attempt in July 2019 "no longer exists" due to an accidental mix-up and technical issues, the government said in a court filing.

Prison officers at the Metropolitan Correctional Center (MCC) in New York found Epstein on the floor of his cell in the early-morning hours of July 23. He was found with a strip of bedsheet around his neck in what a federal document calls an apparent suicide attempt.

Video from the cameras that were recording outside his cell was not properly preserved and no longer exists, according to a letter filed Thursday by the US Attorney's Office in the Southern District of New York.

On July 25, an attorney for Epstein's cellmate at the time asked that MCC preserve video from outside the cell, the filing notes. MCC legal counsel looked up the cellmate's cell number in the MCC computer system and requested that the staff preserve video of the cell from that night, the filing says.

However, the attorney said in December that security footage from that night was missing. The government responded a day later, saying the video was not missing and that it had been preserved.

But the letter filed Thursday indicated that the video was in fact gone due to a mix-up. The MCC computer system had listed an incorrect cell for Epstein's cellmate, and so MCC staff had preserved unrelated footage, according to the government's letter.

"MCC inadvertently preserved video from the wrong tier within the MCC, and, as a result, video from outside the defendant's cell on July 22-23, 2019 (i.e. the requested video) no longer exists," says the US Attorney's Office.

MCC legal counsel confirmed there was a backup system in place for all video for the special housing unit where Epstein was held, the prosecutors wrote. However, a review of that backup system determined that "the requested video no longer exists on the backup system and has not since at least August 2019 as a result of technical errors," according to the filing.

The failure to preserve video is consistent with what experts, guards and attorneys have said is a host of problems at MCC, a federal facility under the Bureau of Prisons.

Bureau spokesman Justin Long said Thursday: "We decline to comment as the Epstein case is under investigation by the Federal Bureau of Investigation and the Department of Justice Office of the Inspector General."

Epstein survived the first apparent suicide attempt, and he was found dead on August 10 in his cell. The New York Medical Examiner's Office has determined he died of suicide by hanging, though Epstein's attorneys have disputed that.

Two guards have been charged with conspiracy and filing false records after allegedly failing to check on Epstein the night he died. The guards have pleaded not guilty, and their attorneys have placed blame on the systematic failures and difficult conditions at MCC.

After Epstein's death, US Attorney General Bill Barr said there were "serious irregularities" at the prison and removed the then-acting head of the Bureau of Prisons. The bureau declined to comment at the time.

After his arrest, he was held at the Metropolitan Correctional Center and assigned to the prison's Special Housing Unit, known as the SHU, due to risk factors for suicide and safety concerns, according to a federal indictment.

After his apparent suicide attempt in July, he was transferred out of SHU and placed on suicide watch in the hospital wing, the indictment says. He was transferred back to the SHU on July 30 and assigned to have a cellmate, the document states.

But on the morning of August 10, a day after his cellmate was transferred, Epstein was found alone in his cell and not responsive with a noose around his neck. He was taken to a hospital and declared dead of an apparent suicide, the Bureau of Prisons said.

Epstein had been in a cell by himself in the SHU, and no guards had done the required checks on him since the night before, according to the federal indictment against the two guards. Video surveillance showed that no one conducted any counts or rounds during the night and no one entered the tier where Epstein was housed, the indictment says.