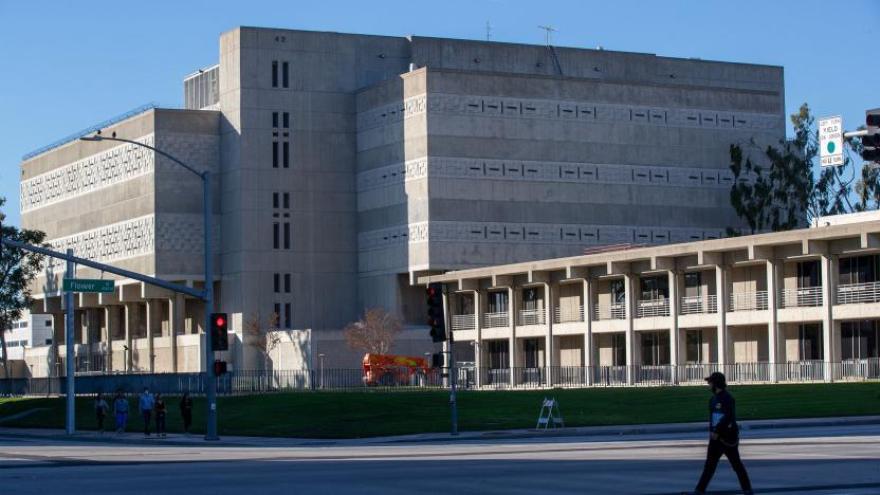 A former inmate who alleges her newborn died in the hospital after staff at a California jail was slow to respond to her medical emergency, has been approved to receive a $480,000 settlement in her federal wrongful death lawsuit.

(CNN) -- A former inmate who alleges her newborn died in the hospital after staff at a California jail was slow to respond to her medical emergency -- including stopping at Starbucks as they drove her to the hospital -- has been approved to receive a $480,000 settlement in her federal wrongful death lawsuit.

The Orange County Board of Supervisors voted unanimously Tuesday to approve the settlement in a closed-door session. None of the board members commented on it during the public portion of the meeting. CNN has reached out to the board and the Orange County Sheriff's Department for comment.

Sandra Quinones was six months pregnant when she was incarcerated during March 2016 in the Orange County Jail, according to a complaint filed in 2020. When her water broke unexpectedly that month, she pushed the call button in her cell for two hours without a response, the suit alleges.

When jail staff responded, they "decided to transport Quinones to the hospital on a non-emergency basis" instead of calling an ambulance, the complaint alleges.

The jail staff "did not provide any medical treatment and, instead, stopped for Starbucks on the way to the hospital and made Quinones wait in the back of a van bleeding and in labor instead of transporting Quinones directly to the hospital," the complaint says.

Quinones gave birth at the hospital, but the baby soon died, leaving her with "severe and extreme post-traumatic stress disorder and depression," the document states.

She was released from the jail in April 2016, it says.

The suit alleges the jail staff's actions or lack thereof caused injury to Quinones and resulted in the death of her baby. She also accused the county of failing to properly train its employees.

Attorneys representing Orange County previously moved to dismiss the case, saying that the plaintiff didn't have enough facts to support her claim and the filing was more than two years past the statute of limitations.

CNN has reached out to Quinones' attorney for comment on the settlement.