Jada Pinkett Smith hopes Will Smith and Chris Rock 'have an opportunity to heal, talk this out, and reconcile' 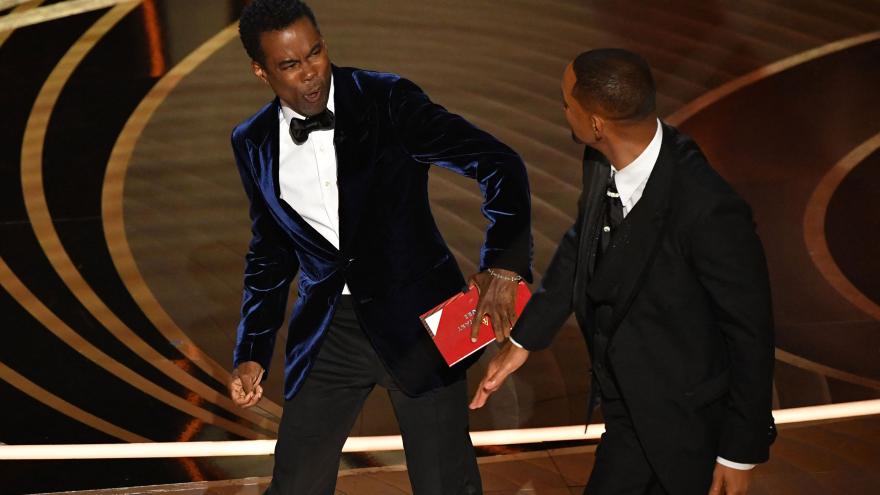 Pinkett Smith's husband, Will Smith, took to the stage at the Academy Awards in March and slapped presenter Chris Rock after he made a joke about Pinkett Smith's close-cropped haircut.

The actress suffers from alopecia, which causes hair loss.

On Her Facebook Watch show, Pinkett Smith had as a guest the mother of 12-year-old Rio Allred, who died by suicide after being bullied for having alopecia.

"This is a really important 'Red Table Talk' on alopecia. Considering what I've been through and what happened at the Oscars, thousands have reached out to me with their stories," Pinkett Smith said during the show. "I'm using this moment to give our alopecia family an opportunity to talk about what it's like to have this condition and to inform people about what alopecia actually is."

She then addressed the incident between her husband and Rock.

"Now, about Oscar night, my deepest hope is that these two intelligent, capable men have an opportunity to heal, talk this out, and reconcile. The state of the world today, we need 'em both, and we all actually need one another more than ever," she said. "Until then, Will and I are continuing to do what we have done for the last 28 years, and that's keep figuring out this thing called life together. Thank you for listening."

It was Pinkett Smith's first public remarks about what happened at the Oscars. In April, a title card at the beginning of her show read, "Considering all that has happened in the last few weeks, the Smith family has been focused on deep healing. Some of the discoveries around our healing will be shared at the table when the time calls. Until then the table will continue offering itself to powerful, inspiring and healing testimonies like that of our incredibly impressive first guest."

Her husband publicly apologized to Rock and the the Academy of Motion Picture Arts & Sciences in a statement after the incident.

The Academy banned Smith from attending the Oscars for a decade as punishment.