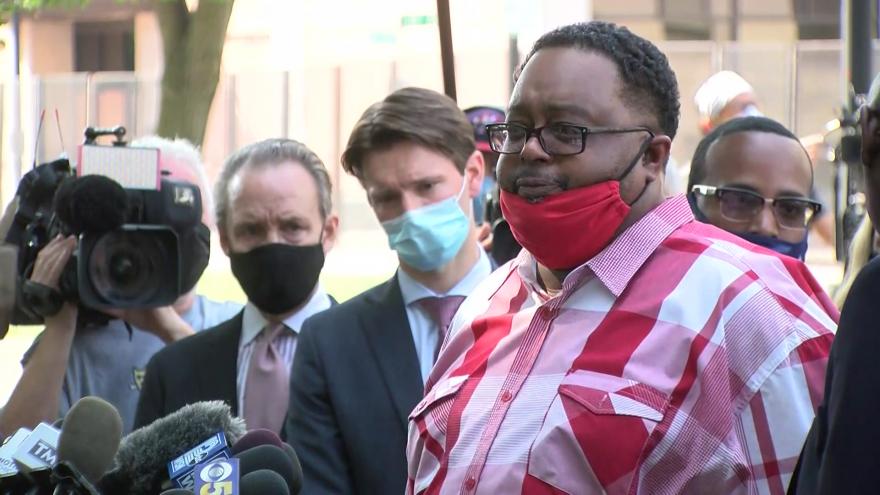 MADISON, Wis. (AP) — The father of Jacob Blake says his "happy-go-lucky" son is optimistic for his future, although he remains paralyzed from the waist down after being shot seven times by a Kenosha, Wisconsin, police officer.

The elder Blake spoke to The Associated Press on Friday. A clearly exhausted Blake Sr. says the past two weeks have been "surreal" and "like a dream" and he's mentally worn out.

He said he's been receiving death threats, which he said he couldn't talk about in detail. He says his son is improving and focused on his future, including going fishing.

Police shot the 29-year-old Black man on Aug. 23, setting off days of protests.