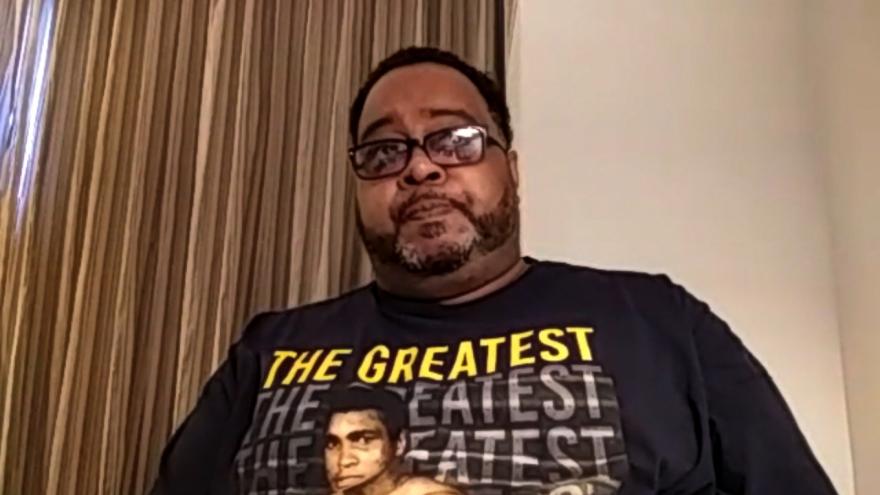 (CNN) -- The father of Jacob Blake said Friday that his hour-long conversation earlier this week with Democratic presidential nominee Joe Biden and running mate Kamala Harris was akin to "speaking to my uncle and one of my sisters."

"They were so comforting that you almost forgot how the situation was really playing out," Jacob Blake Sr. told CNN's Alisyn Camerota on "New Day," referring to Biden and Harris. "It was like I was speaking to my uncle and one of my sisters -- literally, literally."

"Biden kept telling me his own issues with his family. That he identifies with what I'm going through. I didn't have to keep telling him. He knew. It felt like he knew," Blake added. "It felt like they knew what was going on. And they didn't act like they were in a hurry to go anywhere. They spent time with us. And the tears that came from (Jacob Blake's) mother in this talk with the Bidens, that was important."

Asked if President Donald Trump has tried to reach out to his family, Jacob Blake Sr. replied: "That's a negative."

A video captured by a witness shows a police officer shooting the younger Blake, 29, multiple times in the back in close range. Blake survived the shooting, but his father said Blake is paralyzed from the waist down, although he is unsure if the paralysis is permanent. Blake's three young children were in the car when he was shot, a family attorney says.

CNN reported Wednesday that Biden and Harris had spoken with Blake's parents, sister and other members of the family.

"I told them: Justice must and will be done. You know, our hearts are with his family, especially his children. It's horrible what they saw, watching their father get shot," Biden said of the call in a video posted to Twitter on Wednesday.

Harris, who represents California in the US Senate, called Blake's shooting "tragic" and said it "represents the two systems of justice in America" during an event on Wednesday.

A White House official told CNN efforts have been made to connect Trump with the Blake family. The President has yet to comment directly on the case, instead focusing on incidences of violence that have occurred in its aftermath, but officials have been waiting on more details from federal and state investigators.