Jack Hanna, beloved animal expert, stepping away because of dementia 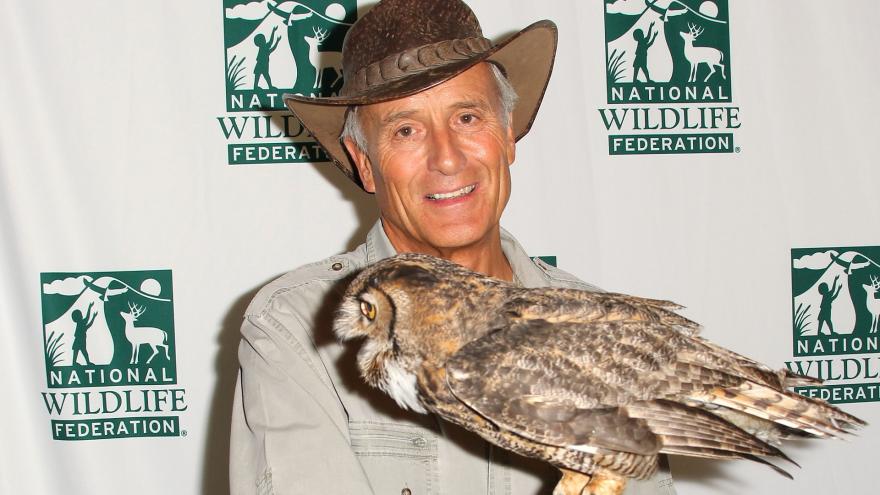 (CNN) -- Jack Hanna, an animal and wildlife expert who became famous after his many TV appearances, is retiring from public life due to dementia, his family announced Wednesday.

"Doctors have diagnosed our dad, Jack Hanna, with dementia, now believed to be Alzheimer's disease," Hanna's family wrote in a statement posted to his verified Twitter account.

"His condition has progressed much faster in the last few months than any of us could have anticipated," the statement read. "Sadly, Dad is no longer able to participate in public life as he used to, where people all over the world watched, learned and laughed alongside him."

"Jungle" Jack Hanna and his animals became a staple on late-night and daytime TV, thanks to his many appearances on shows like "The Tonight Show Starring Johnny Carson," "Late night with David Letterman" and "Today."

Those appearances landed Hanna his own shows, including" Animal Adventures," "Into the Wild" and "Wild Countdown."

The now 76-year-old reportedly retired from serving as director and then director emeritus of the Columbus Zoo and Aquarium in December 2020 after 42 years.

"The Columbus Zoo and Aquarium has been a major part of our lives since we moved to Central Ohio as young girls in 1978," his daughters wrote in their statement. "From day one, Dad advocated for improved wildlife habitats and focused on connecting the community with animals. After he left his active management role as Executive Director in 1992, he continued to be a spokesperson for the zoo until his retirement last year."

The statement paid tribute to his wife Suzi, who "has been by his side for 53 years in every corner of the world" and Hanna's love for the community at the Columbus Zoo and Aquarium.

"While Dad's health has deteriorated quickly, we can assure you that his great sense of humor continues to shine through. And yes - he still wears his khakis at home," the statement read. "To keep everyone safe in light of COVID-19 restrictions, we are asking for privacy, which is ironic given Dad's love of interacting with people. We are grateful that the many hearts he's touched over the years are with him during this journey, which gives us strength."