'I've been shot, please help me.' When a shooting victim ran inside a Maryland business, this man sprung into action 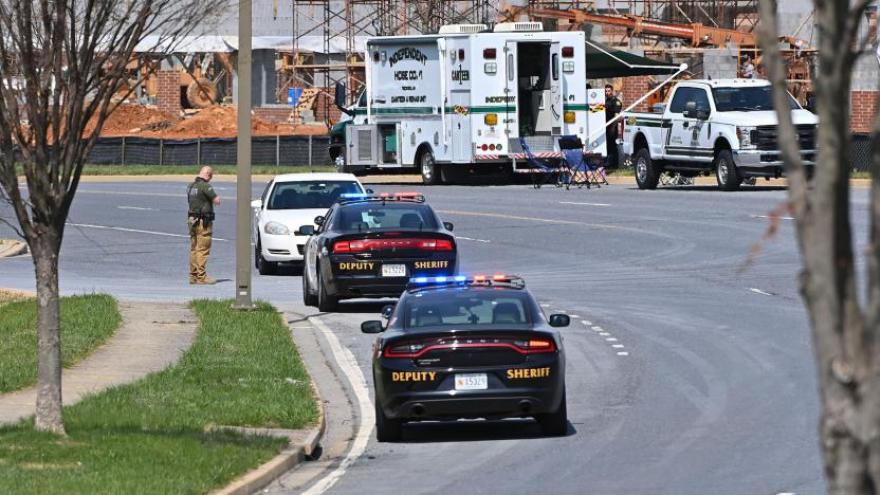 Law enforcement members work the scene where a Navy Hospital Corpsman shot two people in the Riverside Tech Park on April 2 in Frederick, Md. Following the shooting, the gunman went to Fort Detrick where he was killed by police.

"'I've been shot. Please help me. There's an active shooter, he's still chasing me," the man said, according to Wagner, the operations manager at Nicolock.

The wounded man was 26-year-old US Navy Hospitalman Casey Nutt, according to a news release from Frederick officials.

Nutt was one of two sailors who were shot and wounded at what police called a "military institution" in the Riverside Tech Park in Frederick, not far from the Nicolock business.

The Navy identified the gunman as Fantahun Girma Woldesenbet, a Navy hospital corpsman. After the shooting, Woldesenbet drove to the US military's nearby Fort Detrick, where he was fatally shot by police. Fort Detrick officials told CNN he was posted at that installation.

'I just wanted my people safe'

Wagner said he told the injured man to get in the bathroom and close the door. Other employees locked the front door, he said.

"I can't tell you if I was scared or fearful or trying to help," Wagner said. "I don't know."

Wagner said he ran through the whole facility to get all the other employees into one room and had them all gather in the back maintenance shop, telling them to shut the door until he got back.

"I didn't process the fact I was putting myself in harm's way when I did that," Wagner said. "I just wanted my people safe."

When he returned to the office, the injured man was lying on the floor in the bathroom while someone else was applying pressure to his wounds, Wagner said.

One employee ran out to flag police and other first responders as they arrived, Wagner said.

"You don't think it's going to happen here," Wagner said. "Then it did, and it happened."