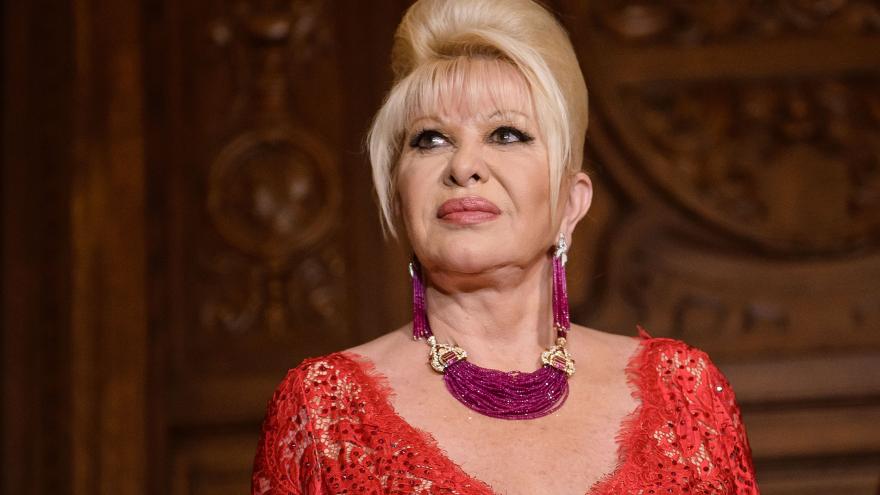 Trump, a longtime businessperson, died in her home in New York City on Thursday at age 73. She was the mother of Donald Jr., Ivanka and Eric Trump.

The New York Police Department had said Thursday there did not "appear to be any criminality" related to her death. According to a statement, police received a 911 call about an "aided individual" at about 12:40 p.m. ET and found a "73 year-old female unconscious and unresponsive."

The Fire Department of New York said it responded to a report of an individual suffering cardiac arrest at the residence, with the time and place of that response matching the location the NYPD associated with Trump. The fire department said the victim was dead on arrival.

Raised in communist Czechoslovakia, Ivana Trump partnered with Donald Trump on some of his most prominent real estate projects. The two divorced in 1992 in the aftermath of his tabloid affair with Marla Maples -- who later became Donald Trump's second wife and mother of their daughter, Tiffany.

After the divorce, Ivana Trump married and divorced twice more while maintaining a jet-setting, globe-trotting lifestyle.

Her children on Thursday paid tribute to her business acumen, humor and passion.

Ivanka Trump tweeted that she was "heartbroken by the passing of (her) mother," adding: "She lived life to the fullest -- never forgoing an opportunity to laugh and dance. I will miss her forever and will keep her memory alive in our hearts always."