Ivana Trump, an ex-wife of former President Trump, dies at 73 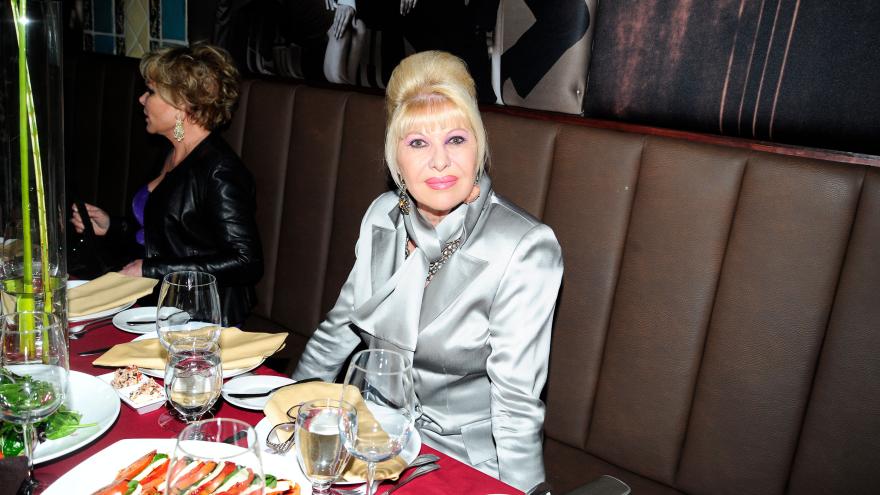 (CNN) -- Ivana Trump, an ex-wife of Donald Trump, has died in her home in New York City, the former President posted on Truth Social.

There was no word on a cause. Ivana Trump is the mother of Donald Jr., Ivanka Trump and Eric Trump. She was 73.

"I am very saddened to inform all of those that loved her, of which there are many, that Ivana Trump has passed away at her home in New York City. She was a wonderful, beautiful, and amazing woman, who led a great and inspirational life. Her pride and joy were her three children, Donald Jr., Ivanka, and Eric. She was so proud of them, as we were all so proud of her. Rest In Peace, Ivana!," Donald Trump posted.

Eric Trump also posted on Instagram, saying in part that Ivana Trump was "a force in business, a world-class athlete, a radiant beauty, and caring mother and friend."

Raised in communist Czechoslovakia, Ivana Trump partnered with Donald Trump on some of his most prominent real estate projects. The two divorced in 1992 in the aftermath of his tabloid affair with Marla Maples -- who later became Donald Trump's second wife and mother of their daughter, Tiffany.

In his book, "Trump: The Art of the Deal," Donald Trump referred to Ivana Trump as a "great manager" and described her as "demanding and very competitive." He also put her in charge of running Trump's Castle in Atlantic City, rather than hiring an outside general manager.

"When it comes to running a casino, good management skills are as important as specific gaming experience," he wrote. "She proved me right."

When the couple finally settled, Ivana walked away with $14 million, in addition to other perks like a massive mansion in Greenwich, Connecticut.

After the divorce, Ivana Trump married and divorced twice more while maintaining a jet-setting, globetrotting lifestyle.