Ivan Reitman, producer and director of 'Ghostbusters,' has died at 75 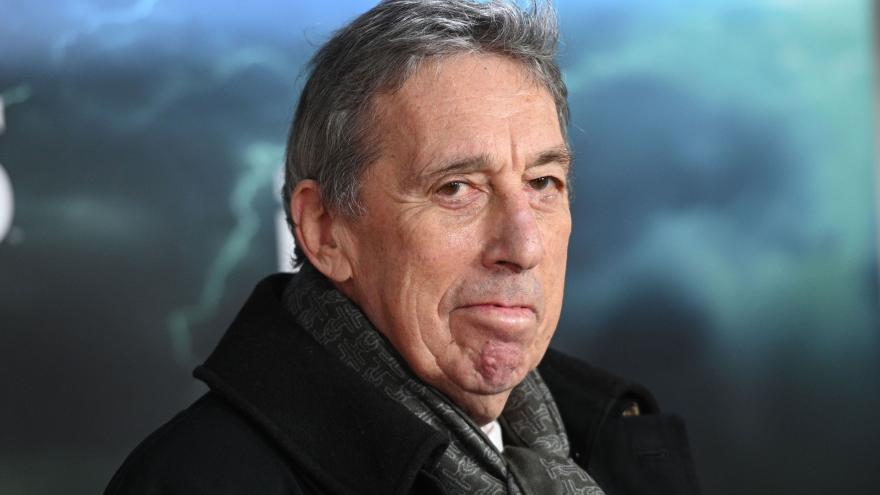 (CNN) -- Ivan Reitman, a storied producer and director behind some of Hollywood's biggest comedies, has died, according to the CEO of Sony Pictures Motion Picture Group. He was 75.

Reitman created some of the most enduring comedic films of the '80s and '90s, including 1984's "Ghostbusters," which he produced and directed. The movie was a major hit and launched a franchise that spanned decades, including last year's "Ghostbusters: Afterlife," directed by his son, Jason Reitman.

"Tonight, the lady with the torch weeps, as do all of us at Columbia, and film lovers around the world. Ivan Reitman was an inseparable part of this studio's legacy, but more than that he was a friend," Tom Rothman, chairman and CEO of Sony Pictures Motion Picture Group, was quoted as saying in a tweet from the official "Ghostbusters" Twitter account. "A great talent and an even finer man; he will be dearly missed. We send his family all our condolences."

He served as executive producer on 1992's family-friendly hit "Beethoven," its sequel, "Beethoven's 2nd" and the 1994 TV series featuring the beloved St. Bernard.

He produced "Space Jam" in 1996, which saw NBA legend Michael Jordan teaming up with Bugs Bunny on the court, and the 2021 version starring LeBron James.

Reitman helped produce 2009's Oscar-nominated "Up In The Air," which starred George Clooney and Anna Kendrick and was co-written and directed by Jason Reitman.

In a 2007 interview on CBC's "The Hour," Reitman told host George Stroumboulopoulos it was hard to know whether a film would be a success, but he could easily spot comedy stars.

"You get a sense after a while when you're seeing something special in a person," he said. "They have a way of taking stage, or taking a screen. It's not just that they know how to say something funny -- there's something about their face where you just have to keep looking at them."

Asked in Schwarzenegger's case who first approached the other about working together, Reitman said it was a funny story: "I met him at a ski lodge and I didn't know him, he just comes up to me and says 'you're the Ghostbuster's guy right?' I said 'yeah.' He said 'you know, I could be a Ghostbuster''," Reitman said. "I just thought -- he told me he could be funny, I should believe that."

CNN has reached out to Reitman's family for more information.