'It's unimaginable:' Committee to Protect Journalists president on press dangers 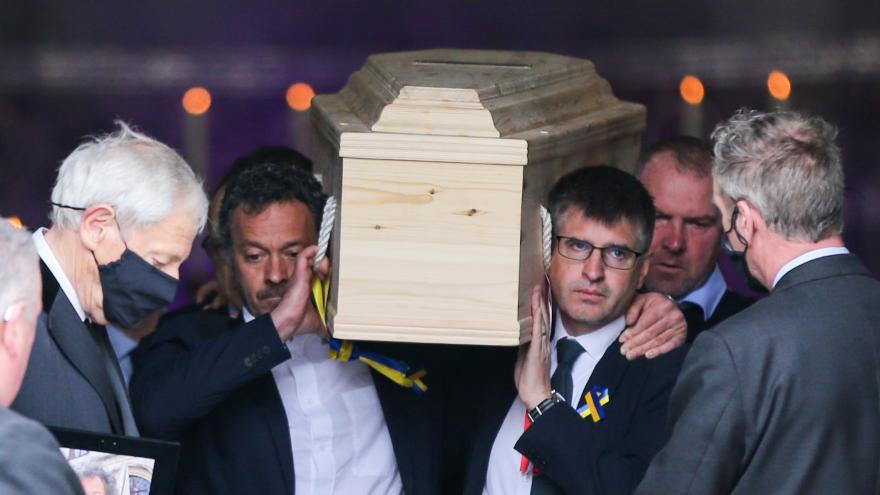 (CNN) -- Reporting can be a risky profession, and in many parts of the world, it is becoming more dangerous than ever. This year to date, at least 17 journalists have been killed — and the real number is probably higher, CNN's chief media correspondent Brian Stelter said on "Reliable Sources" Sunday.

The Committee to Protect Journalists has a new president, Jodie Ginsberg, who is joining the organization after at least seven journalists are known to have been killed covering the war in Ukraine.

More concerning, it appears many of these reporters have been deliberately targeted.

"Often having the word 'press' on your back or on your front was seen as a form of protection" Ginsberg said. "Now there's a concern that it makes you an actual target."

And the dangers go well beyond Ukraine. Ginsberg said as many as seven working journalists are suspected of having been killed this year in Mexico, a democracy that is not at war.

"That's unimaginable," Ginsberg said. "Journalists in [a] local context reporting on local issues like corruption, who are being killed for their work."

Ginsberg's priorities as the group's incoming president include raising awareness about the threats reporters are facing and emphasizing they are happening in our own backyards.

"They are not all happening in authoritarian regimes," Ginsberg said. "They're happening right here in the United States, in the UK, in Europe."

One worrying example: last week, Los Angeles County Sheriff Alex Villanueva faced scrutiny for appearing to signal that an LA Times reporter could be subject to criminal investigation following a series stories on the department. The department has since walked back those comments.