'It's too late for me to be afraid:' Why this Russian journalist is staying in the country 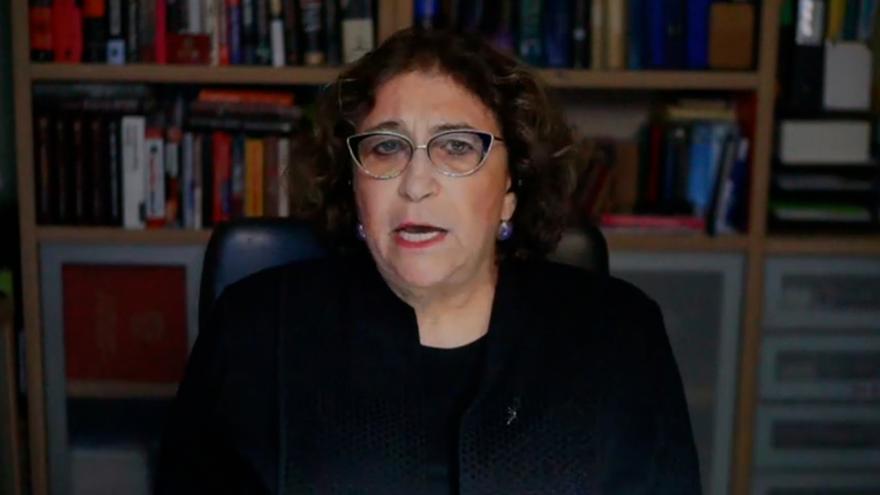 (CNN) -- In light of Russia's newly imposed draconian anti-press law, journalists are ceasing to report from inside Russia and many have left the country — including international reporters from outlets such as CNN and The New York Times.

But one Russian journalist — Yevgenia Albats, editor-in-chief and CEO of the liberal, independent New Times, is staying. She told CNN's chief media correspondent Brian Stelter on Reliable Sources Sunday that she's "not afraid" of the Kremlin's crackdown.

"I'm not a martyr. But I feel like somebody has to do that," Albats said, noting that up to 160 of the "best reporters" have left Russia.

Albats also posts on her YouTube channel, which Stelter said could go against the new "fake news" law and put her behind bars. She's an experienced journalist, but says she has to go about her reporting these days in a careful way to avoid jail.

But Albats said it's "too late" for her to be afraid — she has already made her views public in books, articles and magazines and is a known critic of the government.

"They can kill me," Albats said. "Nobody promised me that I am going to live forever."

An award-winning American journalist, Brent Renaud was killed by Russian forces in the Ukrainian city of Irpin, police in Kyiv said in social media posts Sunday. Officials said that he had been shot at by Russian troops.

More than fearing for her life, Albats said she is ashamed of her country, especially since she grew up frequently visiting neighboring Ukraine. It's a sentiment shared with many intellectuals in Russia, she said.

"I am ashamed that my taxes go into bombs that kill people in Ukraine," Albats said. "...I want to get on my knees and say I'm so sorry. I'm so sorry that my country is doing this to you guys."