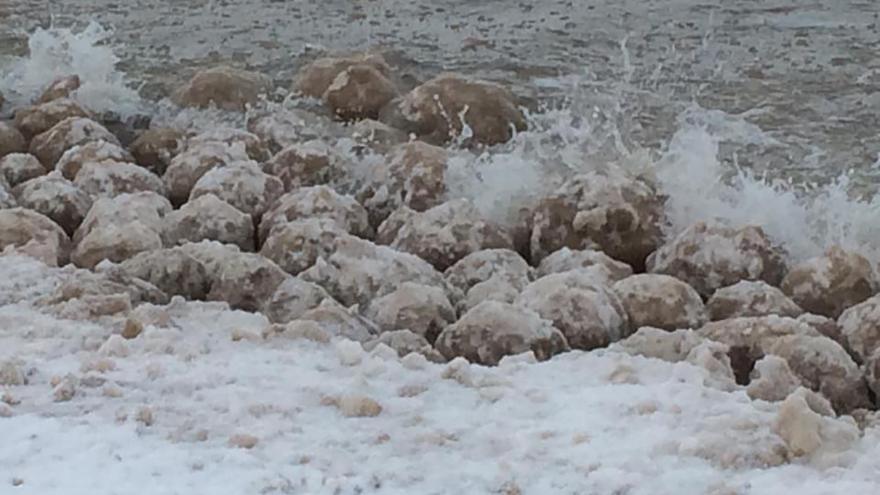 Thousands of ice balls washed up on Lake Michigan's icy shore. Ice balls form when turbulent water near the shore breaks up a layer of slushy ice, according to CNN Weather.

(CNN) -- Staff at Holland State Park in Michigan want you to know: "It's cold as balls out here!"

Ice balls, that is.

Thousands of them washed up on Lake Michigan's icy shore Friday.

Staff posted about the natural curiosity on the park's Facebook page.

"We went down to the beach to check on things and we saw these large ice balls," park supervisor Sean Mulligan told the Detroit Free Press. "I had heard of them before, but I hadn't ever seen them."

The ice balls, ranging from the size of baseballs to large yoga balls, covered the Michigan lakeshore, Mulligan said.

Ice balls form when turbulent water near the shore breaks up a layer of slushy ice, according to CNN Weather.

The National Weather Service in Grand Rapids said Friday that it "finally got cold enough" for the ice balls to form on Lake Michigan. A brutal arctic blast in the Midwest triggered the phenomenon.

Although ice balls occur every winter, they usually form earlier in the season. Because of this year's abnormally warm weather, the ice balls were late to the party.

The ice balls are attracting lots of attention from local residents. But they're no joke.

"Seriously, if you're coming out to see the ice balls, please dress warm and be careful of snow covered debris," park staff said on Facebook.