It's Rodgers vs Brady in the NFC Championship Game 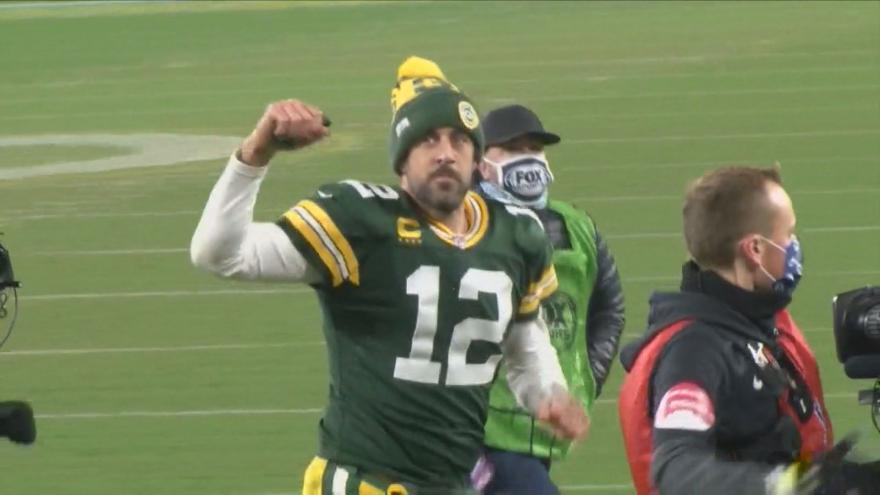 Aaron Rodgers and Tom Brady will be a matchup of quarterback legends in the NFC title game.

Tom Brady and the Tampa Buccaneers went into the Superdome and beat Drew Brees and the New Orleans Saints, 30-20.

Brady threw two TD passes and relied on his defense to make it to his 14th conference title game and first since joining Tampa Bay (13-5) in the offseason.

Brady will be the fourth quarterback to start in conference title games in both the NFC and AFC with his boyhood hero Joe Montana the most recent to do it.

Green Bay will host the Bucs on Sunday. Tampa Bay won the regular-season matchup 38-10 in Week 6.

“It’s great for our team,” Brady said. “We worked hard to get to this point. Two road playoff wins is pretty sweet.

“We’ve got to go beat a great football team we know pretty well. Aaron’s playing incredible, and we’re going to have to play great to beat them.”

On Saturday, Aaron Rodgers threw two touchdown passes and also ran for a score as the top-seeded Green Bay Packers beat the Los Angeles Rams 32-18. The win sends Rodgers to his fifth NFC title game as starting quarterback and the first at home since taking over from Brett Favre in 2008.

Rodgers threw a 1-yard touchdown pass to Davante Adams and a game-clinching 58-yarder to Allen Lazard with 6:52 left for Green Bay (14-3). Rodgers also had a 1-yard touchdown run, the first by a Packers quarterback in a playoff game at Lambeau Field since Bart Starr’s winning sneak in the Ice Bowl against Dallas on Dec. 31, 1967.