It's one year until the 2020 election. Here are 10 numbers you need to know 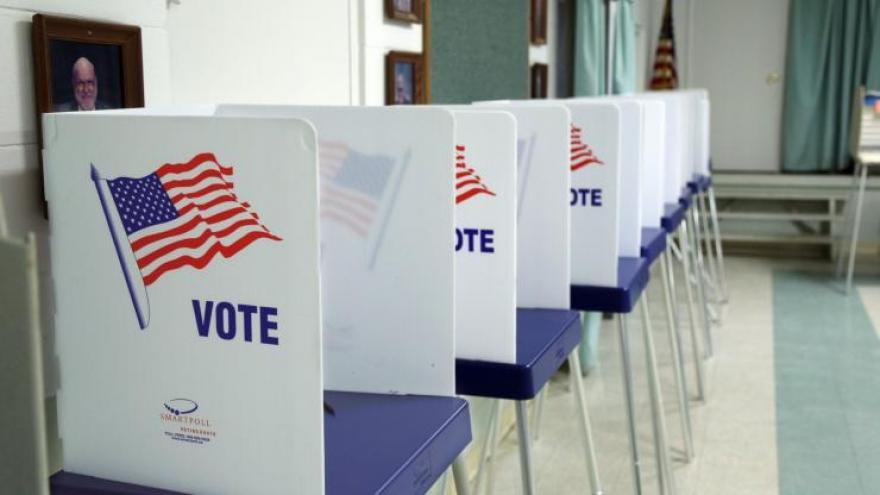 Voting booths set up inside a polling station in Christmas, Florida, on November 8, 2016.

(CNN) -- In exactly one year, Americans will head to the ballot boxes to vote in presidential, Senate and gubernatorial elections. Here are 10 numbers you'll want to know.

The fifth Democratic presidential primary debate will be held on November 20 in Georgia and co-hosted by MSNBC and The Washington Post. PBS NewsHour and Politico will co-host the sixth Democratic debate on December 19 in Los Angeles. The Democratic National Committee announced it would host 12 primary debates in total, which leaves six more debates in 2020.

Three presidential general election debates and one vice presidential debate are set to take place in September and October of 2020.

3. 3 months until the Iowa caucuses

On the Republican side, six of those states and territories (Iowa, Hawaii, American Samoa, Northern Marianas, North Dakota, and Virgin Islands) will hold caucuses as well. Some GOP contests will take place in the form of state conventions or state committee votes to allocate their delegates to the RNC.

In most caucuses, voters are required to show up at a designated place, group themselves by which candidate they support and then lobby others to join them. In a primary, by contrast, people go to their designated voting place and cast a ballot. State Democratic parties holding traditional caucuses are required to give an alternate voting method for those who are unable to vote during the traditional caucus gathering.

About 2,551 delegates — including at least 168 unpledged delegates — are expected to attend the Republican National Convention in Charlotte, North Carolina, in August.

Delegates attend the convention and cast their votes to choose the party's presidential nominee.

The Electoral College consists of 538 electors, and a majority of 270 electoral votes is required to elect the President.

Thirty-three Senate seats that were last up for election in 2014 will be on ballots again in 2020. Three Republican senators who currently occupy those seats -- Lamar Alexander of Tennessee, Pat Roberts of Kansas and Mike Enzi of Wyoming -- have announced their plans to retire. One Democrat, Tom Udall of New Mexico, has also announced his plans to retire.

Additionally, there will be two special Senate elections: One for the seat occupied by Republican Johnny Isakson, who announced he is retiring at the end of this year for health reasons, and one for the seat formerly occupied by the late Republican John McCain, who died in 2018. (Sen. Martha McSally was appointed to McCain's seat and is running in the special election.)