It's not just love that can break your heart 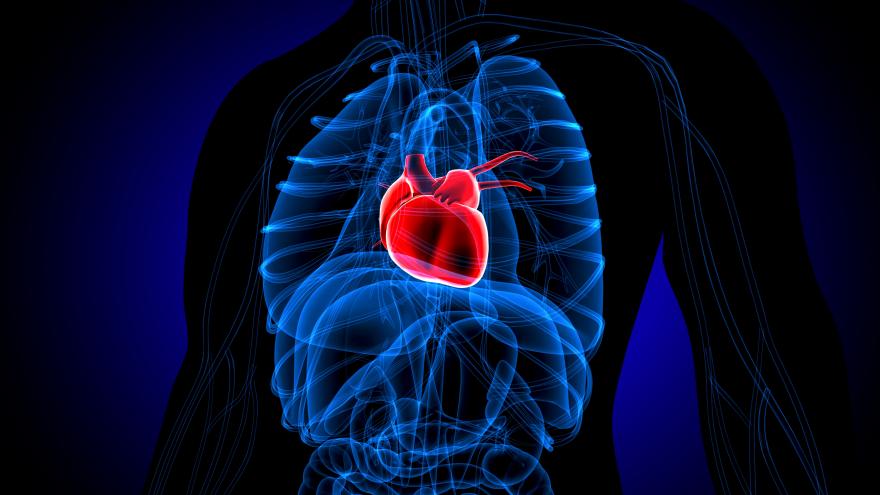 It's rare, but a sudden emotional blow such as the death of a loved one can shock the heart into forming an unusual oval shape, rendering it incapable of doing its job.

"When a person first comes in, the heart can look terribly weak. It may be barely squeezing. In a severe case, you'd be in the intensive care unit in shock, and without medical attention you wouldn't survive," said Dr. Ilan Wittstein, an assistant professor of medicine at Johns Hopkins Medicine, who published one of the first papers on broken heart syndrome, also called stress cardiomyopathy.

Yet when Mary Brittingham's heart first broke at the age of 53, and then again at age 56 and 69, it had nothing to do with the loss of someone near and dear to her.

"I did not have a tragic broken heart from a love story. My first was from a surprise -- a shock, in fact," said Brittingham, a former law professor at Georgetown Law School. "My second was from anger, and my third was from fear."

It was 2006. Brittingham had been told to prepare a quick toast for colleagues who were being honored at a Georgetown faculty party. Suddenly, she heard the host say, "We're going to hear from three speakers tonight, for about 15 minutes each. And our first speaker is Mary Brittingham."

"It was a total WHAT? moment," she recalled. "I was completely blown away. I was supposed to get up and have a speech ready about my beloved colleagues? All I had was two lines prepared! And I suddenly felt this crushing sort of chest pressure. It was very painful, but I wrote it off to anxiety."

Dazed and hurting, Brittingham managed to make it to the dais and speak for a few minutes: "I must have said some meaningful things because I got a few laughs," she said with a chuckle.

But when the pain didn't ease as the evening progressed, she took herself to the hospital, fearing that she had suffered a heart attack.

"My cardiac enzymes were high, so they did an image, and I had gone into heart failure," she said. "My father died of heart failure at the age of 36. So I thought 'Oh man, this is it.' But it turned out I didn't have a heart attack or heart failure, I had broken heart syndrome."

Wittsteinfirstencountered stress cardiomyopathy as a young attending doctor in a coronary heart unit in 1998 when he had three unusual cases back to back.

"I saw three female patients in a row who had all experienced some kind of emotionally stressful events. The first one was the death of her mother, the second was being in a scary car accident, and the third was a surprise reunion. Yet they each came into the hospital with very similar echocardiogram findings," Wittstein said.

Images showed the left ventricle of each of their hearts -- which is the main pumping chamber -- had ballooned into a strange shape oddly reminiscent of a takotsubo, a pot used by Japanese fishermen to trap octopus.

Christened "takotsubo" cardiomyopathy when it was first identified in Japan in 1990, the syndrome wasn't well known in the United States and may have often been misdiagnosed, Wittstein said.

Symptoms such as sweating, chest pain and shortness of breath can be the same as a heart attack, he said. But unlike a heart attack, which is typically caused by blocked arteries, these early patients had "pristine, normal coronary arteries," with little or no evidence of cholesterol and plaque.

Even stranger: Despite blood work showing extensive injury, the women's heart muscles did not stay permanently altered or damaged as in a heart attack, Wittstein said. For many patients, function returned to normal within days to weeks.

"In the early years we were just astounded at how fast we would see the hearts perk up again. It's almost like they were waking up," he said. "I remember people that were sent to our center because they thought they would need a heart transplant. And a week later they're at home.

"Back then it was completely new, but once you recognized the clinical features of the syndrome, it started to pop up everywhere," he said.

Wittstein and his team began to study the phenomenon, publishing one of two seminal papers in 2005.

"We gave it the nickname 'broken heart syndrome' because at the time no one in medicine believed that emotions could have such a dramatic impact on the human heart. We wanted to raise awareness," Wittstein said.

Today, science still does not know precisely why broken heart syndrome occurs, or why some people have repeated episodes, Wittstein said.

"We think it has to do with a dysfunction in the body's fight or flight response, the release of chemicals such as adrenaline, noradrenaline and dopamine the body uses to prepare us to flee or stand and fight," Wittstein said.

About 2% of people who are seen in the emergency room for a heart attack may have the syndrome, according to estimates, and a 2020 study found cases are on the rise, especially among women. The increase in diagnosis may simply be due to more awareness among doctors about the syndrome, Wittstein said.

Nearly all the people who have episodes of broken heart syndrome have been women, he said, especially postmenopausal women who now lack estrogen.

"When you actually inject estrogen down a blood vessel, the blood vessel dilates, gets bigger. So estrogen is a very important mediator of how blood vessels function in women," Wittstein said. "In fact, studies have shown that your risk for broken heart syndrome goes up fivefold after the age of 55 if you're a woman."

Today, doctors know that only a third of all cases are connected to an emotional shock, Wittstein said. Two thirds are caused by physical triggers, such as severe pain, asthma attacks, seizures, stroke, high fever, low blood sugar, surgery and pneumonia.

"We know that of all the physical triggers that can cause this condition, pneumonia is one of the most potent ones," he said.

That's a concern during the pandemic, Wittstein added, because Covid-19 damages the lungs and also causes microvascular function, where the small blood vessels of the body fail to work properly. Damage to those small blood vessels around the heart is another theory for the condition.

"When we're under stress, we want more blood to get to our heart and help the body respond, right?" Wittstein said. "But with broken heart syndrome we think the rush of adrenaline is causing little tiny blood vessels in the heart to constrict instead of dilate and temporarily reduce the amount of blood that's getting to the heart."

When Mary Brittingham felt a familar pain in 2009, she knew she was having another attack. It was three years after her first episode, and this time she was in the middle of a heated argument with another attorney.

"That's my telltale sign, this crushing feeling right under my sternum that radiates up through my chest into my neck," she said. "And then I know, 'Oh my god, this isn't anxiety or indigestion.' This is really it."

The third episode happened a decade later when her beloved doodle Alfie was threatened during a walk.

"For five minutes, I dealt with it, and then I went into the house, closed the door, and my chest just started to crumble," she said. "Now, I had retired and done all sorts of things to reduce stress in my life. And I thought to myself, I'm almost 70-years-old -- is the next one gonna kill me?"

By now Brittingham had sought out Wittstein as her doctor, and she went to him with her concerns.

"I asked him, 'How do I explain this to people who are going to think I'm fragile? I really am not. I feel like actually pretty tough.' He told me that being fragile had nothing to do with it, and that one woman had eight episodes without dying," she said.

"My favorite story he told me to make me feel better was about a woman who was camping with her husband and decided to dye her hair while he was off fishing," she added. "A tent started to blow away and she had to go and deal with it before she could wash out the dye. All she could think about was what color her hair was going to be."

Wittstein picked up the story: "And she had a episode of broken heart syndrome," he said.

"It's odd, when we first started describing this, we thought it had to be triggered by a massive tragedy, like the death of a loved one or a near-fatal car accident," he said.

"What we've seen over the years is that's actually not true. Some of the triggers can seem fairly mild."