It's National Black Cat Day! Here are five facts to know about our black feline friends 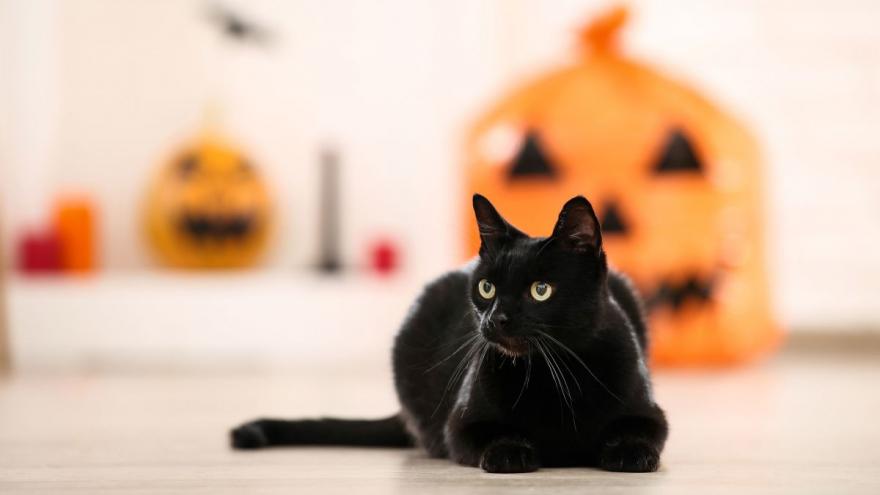 The Nevada Seismology Lab's ALERTWildfire camera shows the Kincade Fire starting, and spreading through the area.

(CNN) -- Black cats get a bad rap, especially during Halloween season, when they're associated with witches and other scary things that go bump in the night.

It sounds like spooky fun, but their reputation as an omen of bad luck has real consequences. Experts say black cats are less likely to be adopted and some people even harm them.

National Black Cat Day aims to eliminate the stigma by celebrating black cats for the cute, loveable, furry friends they are.

Here are five things everyone should know about black cats:

In some cultures, black cats are good luck

In the United States, many people believe black cats bring bad luck or are altogether evil. But it's not a belief shared across all cultures.

In Britain, Japan and Ireland, a black cat crossing your path is considered a sign of good luck.

And in ancient Egypt, cats were considered an embodiment of the gods and worshiped. In fact, the cat goddess Bastet was part black cat and part woman, illustrating just how much black cats meant to that society.

"Black cats are adopted at a slower rate than regular cats," Diana Nelson, a senior volunteer at The Lange Foundation in Los Angeles, California, told CNN. "They're so sweet and they're so beautiful, we can't tell you why except that people have weird, old superstitions."

Samantha Shelton, president and CEO of Furkids in Georgia, said black cats at her shelter are constantly being overlooked for the same reasons. "There is definitely misinformation associated with black cats and they are overlooked because of the long-standing stigma that surrounds them," she told CNN.

Halloween can be a dangerous time for black cats

Because so many people associate black cats with evil, they're often harmed.

Stephanie Bell, senior director at PETA, shared similar concern: "The lead-up to Halloween can be a dangerous time for black cats, who are at higher risk of being abducted and injured or killed by cruel people using them as 'decorations,' trick-or-treat 'pranks,' or even grisly animal sacrifices."

Some shelters won't adopt out black cats in October

Some shelters used to hold promotions on Halloween, where fees were waved for people who adopted black cats.

But due to concerns about mistreatment and abuse, many shelters have stopped this practice. Other shelters don't allow any black cat adoptions in the month of October.

The Lange Foundation is one of those shelters. Unless a black cat was already going through the adoption process, they refuse to adopt out black cats during the month.

"We want to make sure whoever is adopting has the right intentions and isn't going to harm them," said Nelson.

There are more black cats than any other color

Black cats are everywhere. In fact, there are more black cats than any other color, according to the ASPCA.

That's because the genes that cause black coloration in cats are the most dominant.

"The fact remains that there are more black cats and dogs in need of homes, and they often benefit from additional promotion and attention in shelters across the country due to their sheer numbers in comparison to animals with different kinds of coats," an ASPCA spokeswoman told CNN.

On this National Black Cat Day, remember that black cats deserve as much love and attention as their other-colored furry friends.