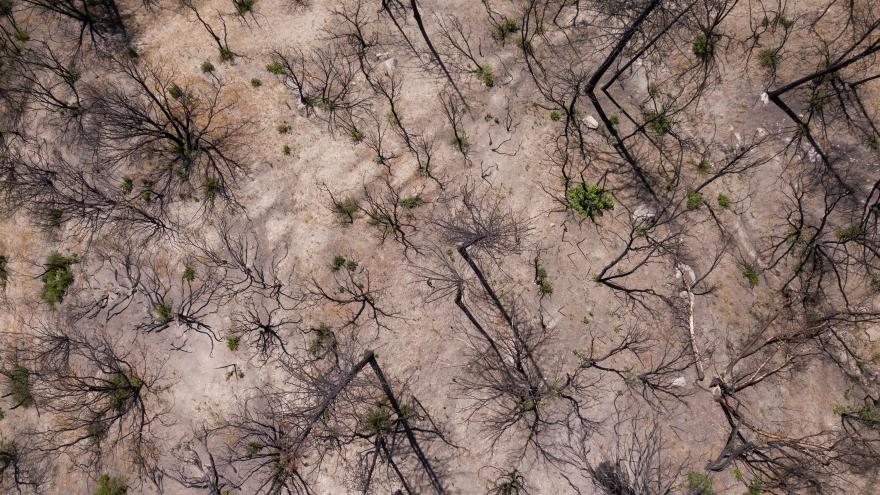 (CNN) -- The likelihood that the Earth's average temperature will at least temporarily breach a crucial tipping point is rising, according to the world's leading weather and climate organization.

The World Meteorological Organization (WMO) said Thursday there is now about a 40% chance that the annual average global temperature will temporarily reach 1.5 degrees Celsius above pre-industrial levels in at least one of the next five years.

It added that the chances of the threshold being breached are increasing with time.

The 1.5-degree marker has been identified by the UN Intergovernmental Panel on Climate Change (IPCC) as a key tipping point beyond which the risk of extreme drought, wildfires, floods and food shortages will increase dramatically.

By signing the Paris Climate deal, countries around the world agreed to limit global warming to well below 2 degrees above pre-industrial temperatures. Even better, the deal said, would be to keep the global temperature increase below 1.5 degrees.

But the world is now already two-thirds of the way to breaching the tipping point. The WMO said the annual average temperature is likely to be at least 1 degree warmer than pre-industrial levels in each of the coming five years, and very likely to be within the range of 0.9 to 1.8 degrees.

It added that 2020 was one of the three warmest years on record and that the global average temperature was 1.2 degrees above the pre-industrial baseline.

The organization said that there was a 90% chance that at least one year between 2021 and 2025 will become the warmest on record, surpassing 2016 in the top ranking, according to the Global Annual to Decadal Climate Update, produced by the UK's Met Office, the WMO lead center for such predictions.

It's all the more reason to take urgent action on climate change, according to Taalas.

"We are getting measurably and inexorably closer to the lower target of the Paris Agreement on Climate Change," he said. "The world needs to fast-track commitments to slash greenhouse gas emissions and achieve carbon neutrality."

The IPCC reported that to reach the Paris goal, global greenhouse gas emissions must reach net zero by 2050. Many countries have pledged to become carbon neutral by the middle of the century and several of the world's biggest economies, including the US, the EU, the UK and Canada, have recently upgraded their short-term emission cutting targets.

However, the UN has warned the details on how they are planning to get there remain vague.