It's Flag Day. Here are some fun facts about the American flag you may not have known 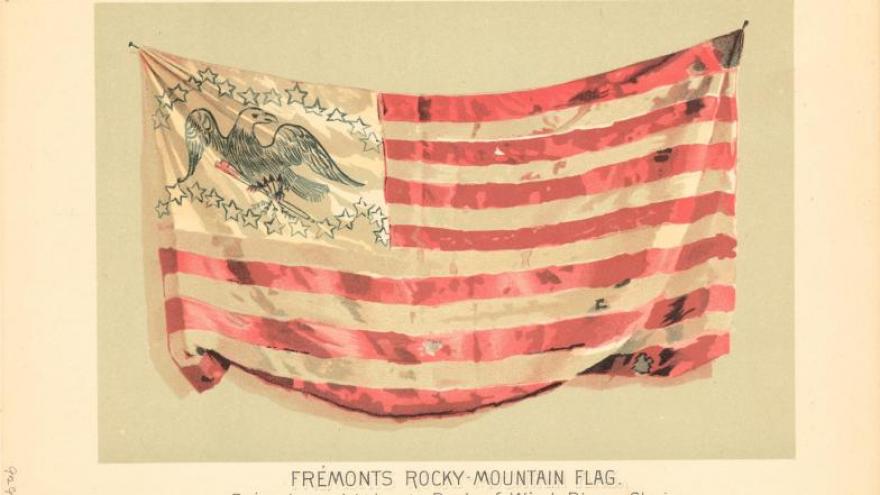 (CNN) -- Today the American flag turns 243, but it doesn't look a day over 200. Here are some fun facts and common misconceptions about the iconic emblem.

Betsy Ross is a phony

Betsy Ross is considered an American hero, known for creating the American flag.

The story says that she lobbied Gen. George Washington to change the design, giving us the historic mock-up we've come to know and love.

The truth is there is ZERO proof that this ever happened, although it is taught to elementary school children as history. Ross is more in line with American mythic legends Paul Bunyan and Johnny Appleseed than historic figures like Clara Barton or Benjamin Franklin.

Marc Leepson, author of "Old Glory, Flag: An American Biography," wrote, "Every historical study has come to the same conclusion. There's no good historical evidence that she did. But that doesn't mean she didn't. There's simply a lack of documentation. Most historians believe the story is apocryphal."

President Woodrow Wilson, in a ceremony recognizing the first national observance of Flag Day, was asked about his thoughts on Ross.

He replied, "Would that it were true!"

Turns out Betsy Ross is the biggest lie your kindergarten teacher ever told you (except that Bubbles the class gerbil was moving to a farm upstate).

Before the flag's current 50-star design, there were a number of versions, some wackier than others.

The current designer got a B-minus for his idea

The designer of our current flag was a 17-year-old Boy Scout named Robert Heft. What did this talented teen get in return for creating the iconic look? A grade of B-minus.

Heft's teacher asked students at Lancaster High School in Ohio to design a new 50-star flag, after Hawaii and Alaska joined the Union. Robert arranged it with five rows of six stars and four rows of five stars, spending 12 and a half hours sewing the flag.

His teacher said the design was unoriginal and gave him the mediocre grade, but offered to raise it to an A if the design was accepted nationally. So Robert wrote to his congressman and the rest is history.

And when his flag was adopted on July 4, 1960, his teacher changed his grade to an A.

Old Glory is one of the most popular nicknames for the flag, along with the Stars and Stripes and the Red, White and Blue. The phrase is not just a generic nickname; it is actually the name of a specific flag, a 17-foot by 10-foot banner that still hangs in the Smithsonian National Museum of American History.

Old Glory was the most popular symbol of the Union during the Civil War and belonged to sea captain William Driver.

Driver received the flag from his mother and hung it from the mast of his ship. He journeyed for 20 years to China, India, Gibraltar and the South Pacific with the flag adorning his ship.

He wrote, "It has ever been my staunch companion and protection. Savages and heathens, lowly and oppressed, hailed and welcomed it at the far end of the wide world. Then why should it not be called Old Glory?"

In the midst of Driver's retirement from seafaring, the Civil War broke out. The sailor had been born in Salem, Massachusetts, but moved to Nashville, Tennessee, and his flying of the Union flag greatly angered Confederates.

Driver fended off numerous attempts from Confederate soldiers to steal Old Glory and waved it defiantly during battles.

Before he died, he passed along his prized possession to his daughter Jane Roland, saying, "This is my old ship flag Old Glory. I love it as a mother loves her child; take it and cherish it as I have always cherished it; for it has been my steadfast friend and protector in all parts of the world -- savage, heathen and civilized."