It's been 2 years since the deadly shooting at a high school in Parkland, Florida 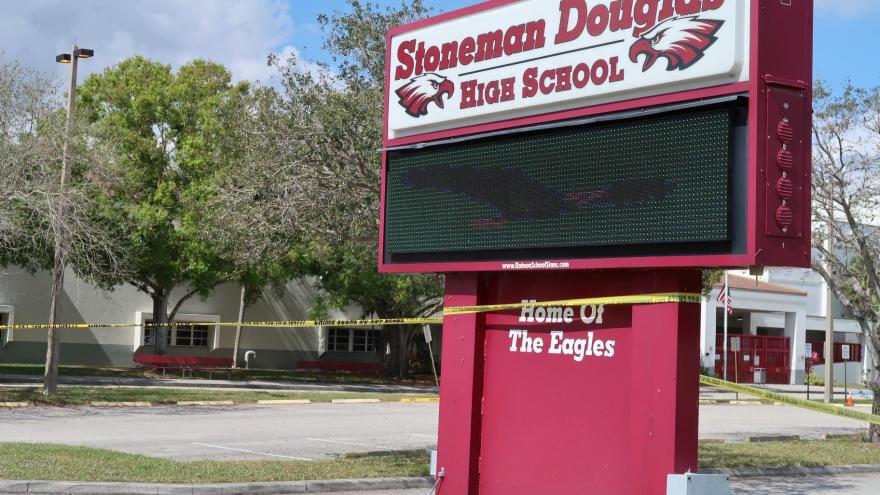 It has been 2 years since the deadly shooting at Marjory Stoneman Douglas High School.

Like any school shooting, the Parkland tragedy irreparably altered the community in which it took place. But the impact of the school, its students, and the friends and family members of the victims was felt far beyond South Florida. That's because many of the survivors immediately began speaking out and confronting lawmakers about gun control reform.

Friday marks two years since that deadly shooting, and students all over Broward County, Florida, will commemorate the tragedy by observing what the district is calling "A Day of Service and Love." A moment of silence took place at 10:17 a.m. and students were expected to be released early and encouraged to participate in volunteer service projects.

Students at Marjory Stoneman Douglas High School will also be dismissed early. Mental health staff and therapy dogs will be on hand for students and staff.

"This tragedy will forever be with us," Broward Schools Superintendent Robert W. Runcie told reporters outside the school Friday morning, "but as a community, I can tell you, the students have expressed a tremendous amount of courage, resiliency."

The community is still healing. Gina Hoyer, the mother of one of the victims, 15-year-old Luke Hoyer, told CNN affiliate WSVN that she dreams of her son.

Fred Guttenberg lost his daughter, 14-year-old Jaime, in the shooting. "I still wake up in the morning and I look at pictures," he told WSVN. "Some make me smile because of how happy she looked, and sometimes, for the same reason, they make me cry."

"My heart aches knowing that everyone affected lost a piece of themselves that day...life has never and will never be the same." Jaclyn Corin, a former MSD student and co-founder of the March for Our Lives, wrote on Twitter.

"And although it never gets easier, we do get stronger," she said. "We fight harder for our eagles, honoring them in the best ways we know how."

The Parkland shooting -- and the subsequent activism that it inspired -- irrefutably changed the gun control debate in the United States. It's a debate that involves many factions, including teachers who find themselves, among other things, leading active shooter drills.

A number of the survivors and victims' family members became widely recognized for speaking out and confronting lawmakers to plead for gun control reform. Other students across the US joined the cause, staging their own protests and school walkouts.

Then, just over a month after the shooting, thousands of people rallied in Washington in solidarity with the students for the student-led March for Our Lives.

The alleged gunman, Nikolas Cruz, faces numerous charges related to the shooting. In December, a judge delayed his trial until at least this summer, asking both the prosecution and the defense to prepare.