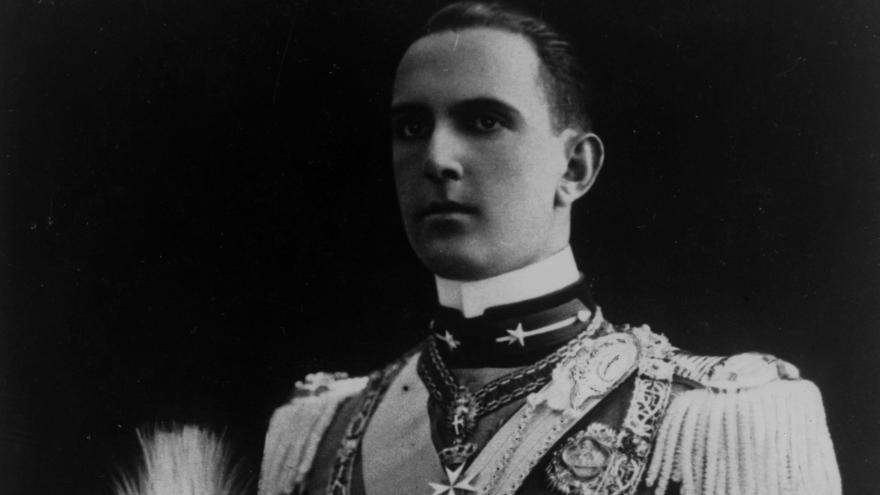 (CNN) -- Italy's former royal family has asked the country's central bank to return the crown jewels, a lawyer for the family confirmed to CNN.

The jewels were deposited in the Bank of Italy by a representative of the family on June 5, 1946 -- three days after Italians voted in a referendum to remove the monarchy -- to be kept at the disposal of "whoever has the right." The family now argues that it has a right to ownership.

The grandson of former King Umberto II, Emanuele Filiberto of the House of Savoy, represented the family at a mediation session on Tuesday, where he asked the bank to return the crown jewels, the family's lawyer, Sergio Orlandi, told CNN on Thursday.

While representatives of the Bank of Italy were in attendance, the Prime Minister's office and the Ministry of Economy and Finances were not present, according to Orlandi.

Instead, he said, they sent a letter outlining that according to Provision XIIIof the Italian constitution, which imposes the confiscation of the royal family's assets, the jewels and all other properties of the ex-royal family belong to the state.

The provision further states that "transfers and the establishment of royal rights on said properties which took place after June 2, 1946 shall be null and void."

In a statement sent to CNN on Thursday, the Prime Minister's press office said the family's request was "unfounded, given that it concerns assets constituting the 'endowment of the Crown of the Kingdom of Italy' and not personal assets of the House of Savoy."

It confirmed that the "groundless nature of the request for a claim by the heirs of the former King" was rooted in Provision XIII.

Republican sentiment grew in Italy in the wake of World War II, according to the US National WWII Museum.

King Victor Emmanuel III supported fascist leader Benito Mussolini, and his inaction was seen as the reason for the country's brewing fascism and political instability.

The Italian government decided to have a referendum on the future of the monarchy in 1946. Three weeks before the vote, Victor Emmanuel abdicated and was replaced by his son, King Umberto II.

As a result of the referendum, all the male members of the House of Savoy were exiled from Italy.

Orlandi told CNN that if the bank does not return the jewels within 10 days, he will present a subpoena for their return, on the grounds that the jewels had never been seized so the heirs have the right to claim them.

However, the Bank of Italy's media relations office said the bank is the "mere guardian" of the jewels, which are kept in a "closed and sealed envelope, and (it) cannot dispose of them without coordination with the institutions of the Republic involved."

Both Orlandi and the central bank said they were unable to put a value on the crown jewels.

The bank said the items in deposit had never been appraised.

Orlandi told CNN Friday that "according to the inventory, there are 6,732 diamonds and over 2,000 pearls, mounted on tiaras, necklaces, earrings, bracelets, rings, and brooches," adding that the jewels were "priceless."