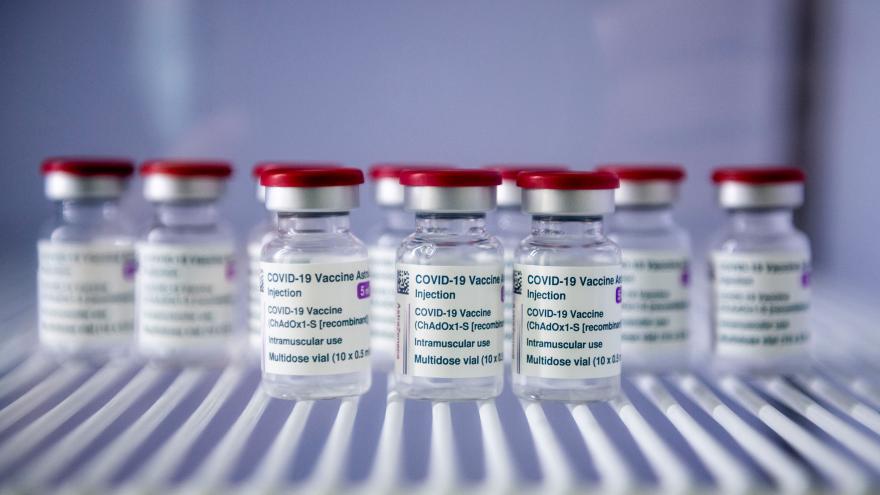 (CNN) -- Italy invoked European Union powers to block the export of 250,000 Covid-19 vaccine doses to Australia on Thursday, in a dramatic escalation of a dispute between the EU and drug giant AstraZeneca.

Italian Prime Minister Mario Draghi's spokesperson Paola Ansuini confirmed the move to CNN, adding that Italy and the European Commission had agreed on the action.

The story was first reported by the Financial Times.

Italy's move marks the first time the EU measures, which were introduced in January, have been used.

In late January the EU engaged in a public and acrimonious fight with AstraZeneca over vaccine delays, after the company advised the bloc that it would deliver tens of millions fewer doses than agreed by the end of March.

Following the spat the European Commission adopted new measures which gave countries the power to restrict the exporting of Covid-19 vaccines outside the bloc in some situations.

The EU has said the new mechanism will not affect humanitarian aid or COVAX, the global initiative aiming to distribute some 2 billion vaccines to poorer countries.

The trade bloc's vaccine rollout has since continued to falter. Only 5.5% of the 27-nation bloc's population of 447 million has received a first vaccine dose, according to data from the World Health Organization (WHO).

Some increasingly frustrated member states have turned to nations outside the trade bloc for assistance.

The European Commission "did not oppose" Italy's decision to impose an export ban on vaccines for Australia, an EU official told CNN Thursday.

The official is closely involved with trade processes inside the Commission, but is not authorized to speak on the record regarding closed door meetings or on trade documents between the Commission and European Union member states.

The EU official told CNN that EU member states approved 174 requests for vaccine export authorizations during the period from January 30 to March 1, 2021.