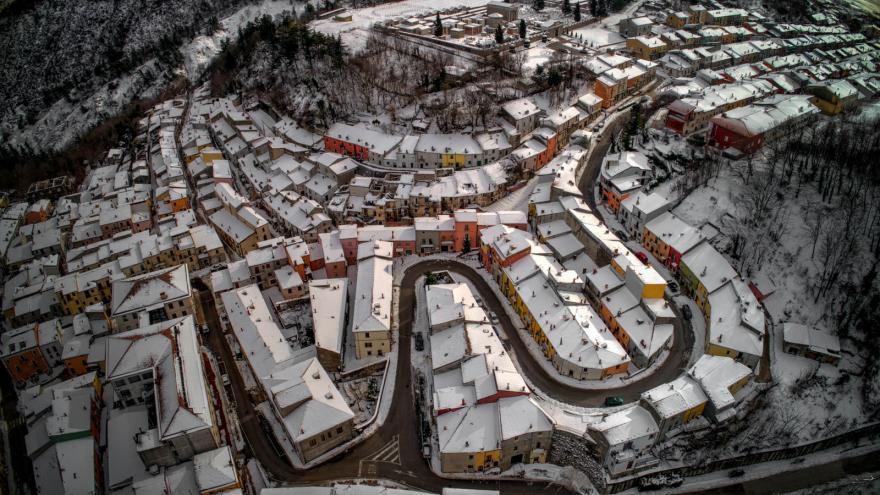 (CNN) -- For some, the prospect of buying a cheap home in Italy is a chance to leave their old life behind and start all over again. 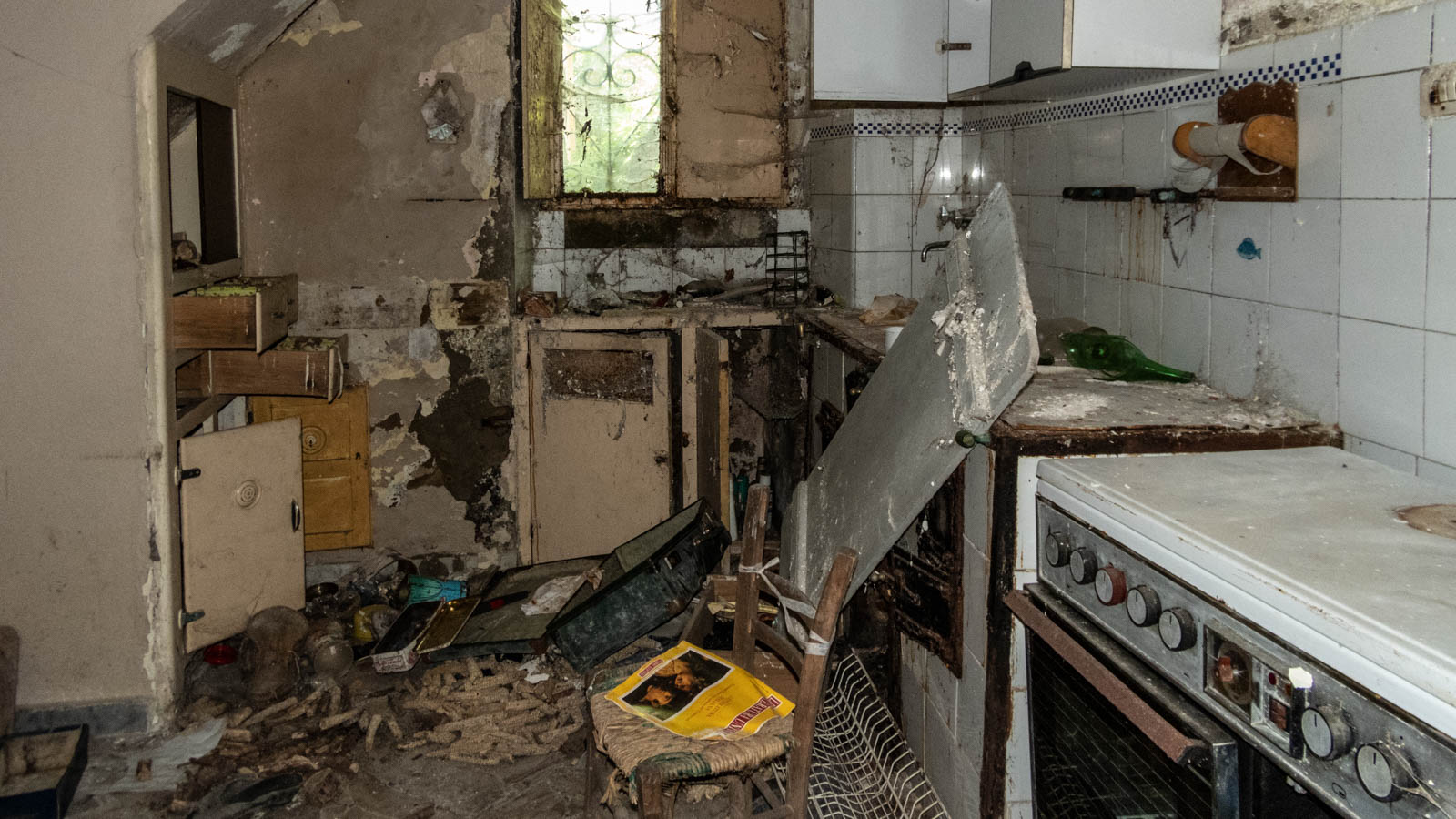 But the latest town to offer tumbledown houses priced at just over a dollar wants buyers to bring it with them -- encouraging families or groups of friends to buy multiple properties.

Bisaccia, a picturesque destination in Italy's southern Campania region, is putting 90 dilapidated buildings on the market for one euro, joining other places across Italy trying to save dying communities by incentivizing people to move there.

Unlike other towns and villages offering deals for people committing to one-off renovations, Bisaccia's officials say its tightly clustered architecture lends itself to more communal projects.

"We face a very particular situation here," the town's deputy mayor, Francesco Tartaglia, tells CNN Travel. "The abandoned [area] spreads throughout the most ancient part of the village. Forsaken houses are clustered together, one next to the other along the same roads. Some even share a common entrance.

"That's why we welcome families, groups of friends, relatives, people who know each other or investors to join forces. We encourage them to buy more than just one house to actually have an impact and breathe new life."

As is usual with Italian bargain home offers, buyers are expected to commit to renovating their newly acquired properties, but unlike in other towns, there's no stated investment level or time frame to complete the work. 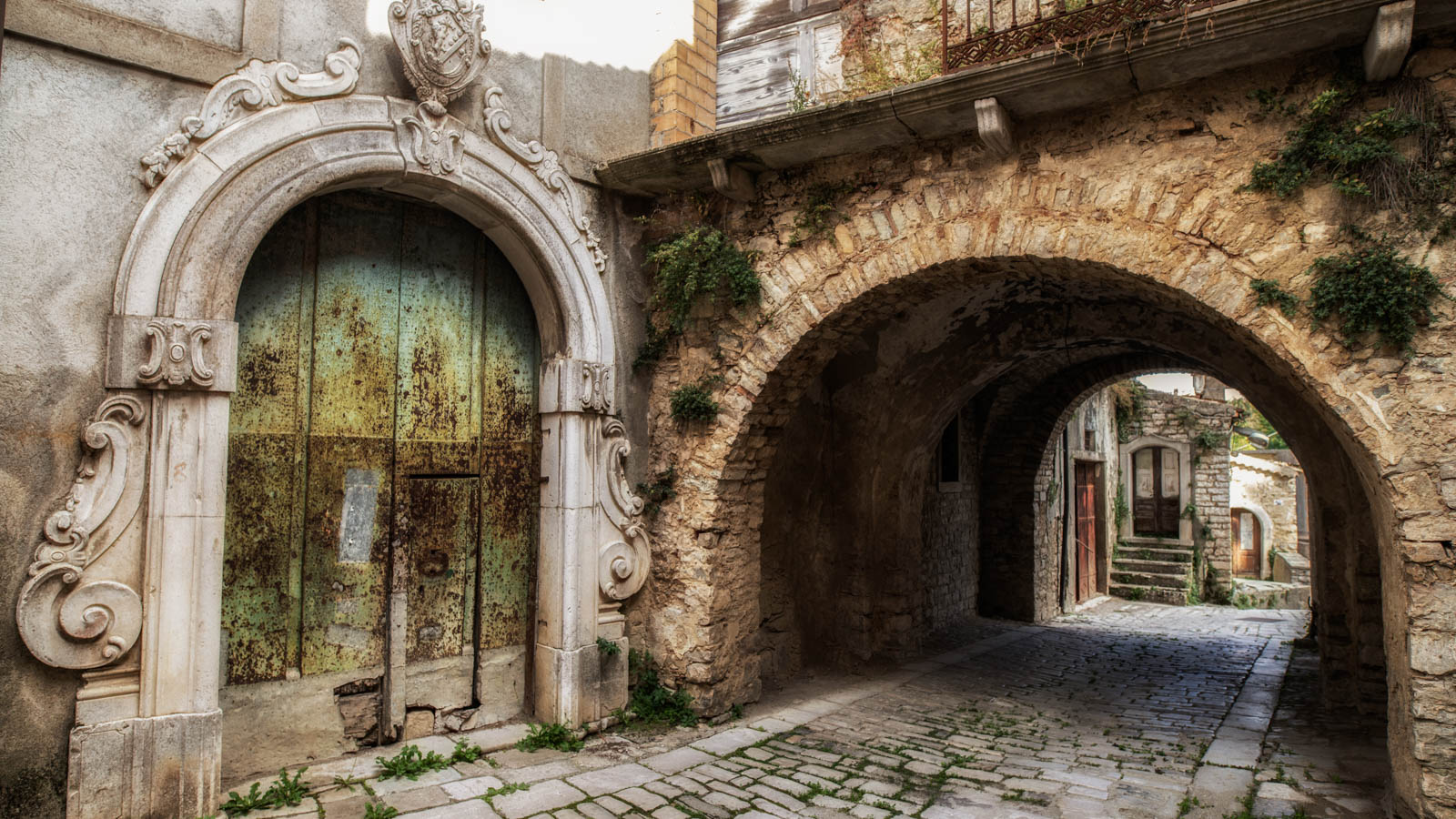 Bisaccia's winning asset is that local authorities own all the empty houses abandoned years ago by residents who fled in search of a brighter future. In most other Italian towns offering one-euro homes, the transaction sometimes involves tricky dealings with the original owners.

"This stands as a guarantee that the disposal process will be speedy and smooth, we won't need to chase descendants of old owners nor have any issues with third parties," says Tartaglia.

Sitting atop two gently rolling hills surrounded by a low forest, Bisaccia is a sleepy spot.

Once a thriving feudal center renowned for its wool-making and artisans, it has been hit hard by emigration. A series of severe earthquakes, the last one in 1980, accelerated its population decline.

"Bisaccia is dubbed the 'genteel town' because, despite the hardship, its people have always been respectable, welcoming, hard-working and resilient," says Tartaglia. "Newcomers here are pampered and taken care of. We want this place to shine again."

Locals have a reputation for being friendly and fun-loving people, who enjoy giving each other cute nicknames based on personal traits and tics.

But they're also known for being fiery. Bisaccia's residents descend from the Italic tribes of the Samnites which inhabited the surrounding hills and fought bitterly against Imperial Rome before capitulating.

Legend has it Bisaccia was built on the ashes of the Samnites' mythological ancient city of Romulea.

The name "Bisaccia" is said to hail back to the Latin "vis" or "force." Its coat of arms features two lions fighting.

The town's belvedere viewpoint offers a bucolic vista over sanctuaries and ruins of Roman villas.

Some of Bisaccia's quaint appeal comes from the eerie ambiance of forsaken spots that sit next to still-vibrant parts of town thronged with shops and families.

The abandoned ramshackle old farmer and shepherd dwellings, made of thick walls with huge jutting-out stones, are located in the town's historical center, clustered at the feet of the overhanging medieval castle.

Thick grass has grown over unhinged doors, rusty staircases and broken windows. Forgotten objects and destroyed kitchens can still be found inside rooms stacked with heaps of debris.

A labyrinth of alleys made of huge, uneven moss-covered cobblestone steps connect a series of arcaded stone portals, adorned with vaults and tunnels with dangling ferns.

A new "diffuse hotel" scattered across several buildings in Bisaccia's old center offers visitors an opportunity to get the feel of the town's dead and alive vibe.

Beyond the town, Bisaccia boasts a unique location that allows for spectacular day trips.

It straddles the border of three of Italy's southern regions: Campania, Basilicata and Puglia. Naples and the UNESCO World Heritage site of Matera are both nearby.

"Our folklore and traditions are the product of a picturesque contamination between regions, we celebrate Carnival with local masks and have a variety of fairs and foods that embrace all regional traits," says Tartaglia. "It's like getting the best of three regions in one single place."

In the past the town's isolated hills were a perfect hideout for bandits from the middle ages to the end of the 1800s, but they've also served as a retreat for rulers. Emperor Frederick II, known as the "enlightened one" for his advancement in arts and sciences, loved to hunt in the woods in the 13th century.

Each year a festival featuring actors in costume recreate the emperor's time in the town, while at Christmas the living nativity scene draws hundreds of fascinated visitors.

Hikers can discover Bisaccia's other districts scattered across the prairies and far from the town center.

One rural ghost hamlet called Borgo Oscata, where just 20 people live, is already being brought back from the grave.

"We're working on a major restyle project to turn this microcosm into a tourist retreat where visitors can experience the farmer lifestyle," says Tartaglia.

Delicacies include lamb specialties and pots of fried meats, potatoes and sweet peppers served during the local annual "Fry Fair."

Bisaccia is also a kingdom of colorful pasta shapes.

Struffoli is a cake made with tiny fried dough balls covered in honey, while squarcella is an Easter cookie with icing.

Cheese specialties include tear-drop caciocavallo and pecorino made with sheep milk. Bisaccia's premium cold cut is the so-called soppressata, a thick greasy sausage made with lard, hot chilis and spices.