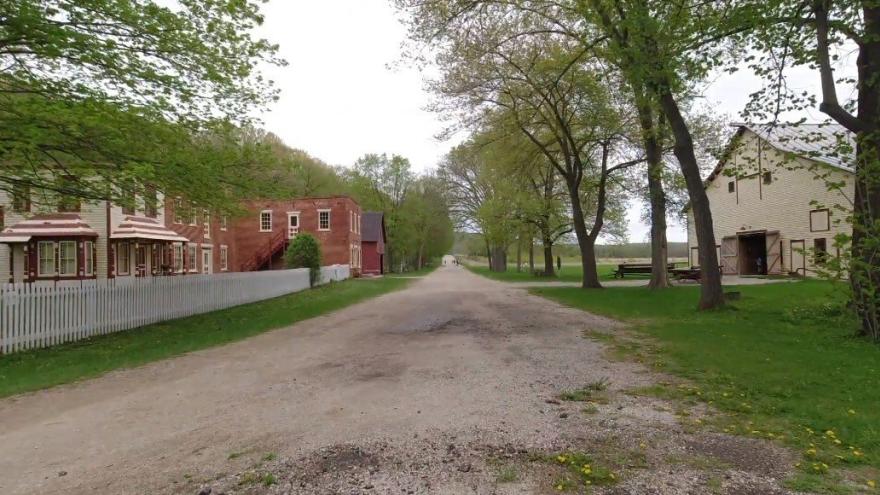 FORESTVILLE, Minnesota (WCCO) -- It was once a thriving community in our state.

Now, Forestville’s population is zero. But its buildings remain.

In this week’s Finding Minnesota, John Lauritsen takes us on a tour of a treasured ghost town in Fillmore County, near the Iowa border.

All across southern Minnesota, you’ll find hustling and bustling towns and then you’ll find one that’s the exact opposite.

A quiet, little hamlet with no businesses, no traffic and no residents.

Because Forestville doesn’t need a mayor, Matt Eidem is the town’s site manager.

“It was a pretty prominent town because of its position on the stagecoach line,” Eidem said.

In 1852, the first settlers arrived in Forestville after treaties were signed with the Dakota people. The general store, which still stands today, was the epicenter. Robert Foster and Felix Meighen were the original owners.

“You needed things that drew people to the area. If you read old advertisements to bring people to Forestville, they would talk about an old general store and the schools,” Eidem said.

Catering to immigrants from Europe, Canada and the east coast, Foster and Meighen stocked the store with $700 worth of goods — equivalent to $20,000 worth of goods today. The goal was to make it a one-stop-shop.

“It was the Amazon.com of its day. You could get anything you wanted at the general store,” Eidem said.

“When you were sick you saw someone like Thomas Meighen, just some guy with a recipe book,” Eidem said.

Thomas Meighen eventually took over the property from his father and getting home after work only took about 5 seconds.

Forestville hit its peak in the 1860s with 150 residents, making it one of the biggest towns south of Minneapolis. It had sawmills, a blacksmith shop, a hotel and even a distillery.

“It was a real happening place,” Eidem said.

But much of it was gone by 1910. The railroad never came through like the town hoped. And people moved to towns like Wykoff, Spring Valley and Fountain. The Meighen’s bought out much of the land and turned it into an industrial farm. The buildings and goods that remain, are originals.

“It showed us exactly what it was like back then,” said 11-year-old June Fassbinder. “It kind of reminded me of the Little House on the Prairie.”

These days visitors fill the empty spaces. That includes fifth-graders from Decorah, Iowa.

One-hundred-and-seventy years of history. Not bad for a town that hasn’t had a single inhabitant in more than a century.

Thomas Meighen once ran for governor of Minnesota. The general public can tour Forestville from Memorial Day weekend through the end of October.