'It is all politics': Trump and allies dismiss 'heavily redacted' Mar-a-Lago affidavit 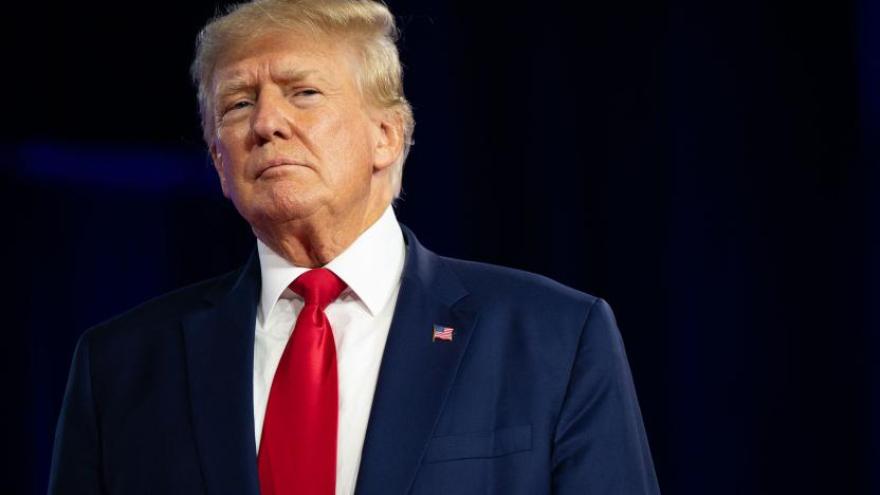 Former President Donald Trump is seen here in Dallas, Texas, on August 6. Trump and his allies dismissed the affidavit that led to an FBI search of his Mar-a-Lago home in Florida.

(CNN) -- Former President Donald Trump and his allies dismissed the affidavit that led to an FBI search of his Mar-a-Lago home in Florida this month as politically motivated, saying after a redacted version was released on Friday that "what is unredacted only further supports" Trump's claims of political persecution.

"The release of the heavily redacted, overtly political affidavit only proves that the Biden administration is desperate to cover up their unprecedented, unnecessary and un-American raid against President Donald J. Trump," Taylor Budowich, a spokesman for the former President, wrote on Twitter moments after the unsealed affidavit was made public.

"There was no reason for a raid -- it is all politics!" he added.

Trump himself also criticized the "heavily redacted" affidavit Friday in a post on his Truth Social platform, noting that it did not confirm whether he kept classified documents related to nuclear weapons at his oceanfront estate, as has previously been reported. The version of the affidavit released Friday contained numerous redactions, only vaguely categorizing the classified material found at Mar-a-Lago by the types of markings on the documents as opposed to the substance itself.

The Justice Department sought the warrant after the National Archives engaged in a protracted months-long effort to retrieve documents taken from Trump's White House to Mar-a-Lago. After the Archives organized the return of 15 boxes of presidential materials from Mar-a-Lago in January, it referred the matter to the Justice Department for a criminal investigation.

In May, FBI agents reviewed the 15 boxes provided to the National Archives, and the search warrant affidavit details the amount of classified material that was found.

Trump has repeatedly claimed he's cooperated with the efforts by Archives officials and federal investigators to retrieve presidential records brought to his residence at the end of his presidency.

"WE GAVE THEM MUCH," Trump said Friday on Truth Social, touting his "close working relationship regarding document turnover" with investigators.

However, some allies of the former President expressed concern over the contents of the affidavit, which described in detail the sheer volume of sensitive materials that were kept for months at Mar-a-Lago and haphazardly stored in unsecure locations on the premises.

CNN reported earlier Friday that the former President and members of his legal team huddled at his Bedminster, New Jersey, golf club earlier this week ahead of the court-mandated deadline for the redacted affidavit to be unsealed.