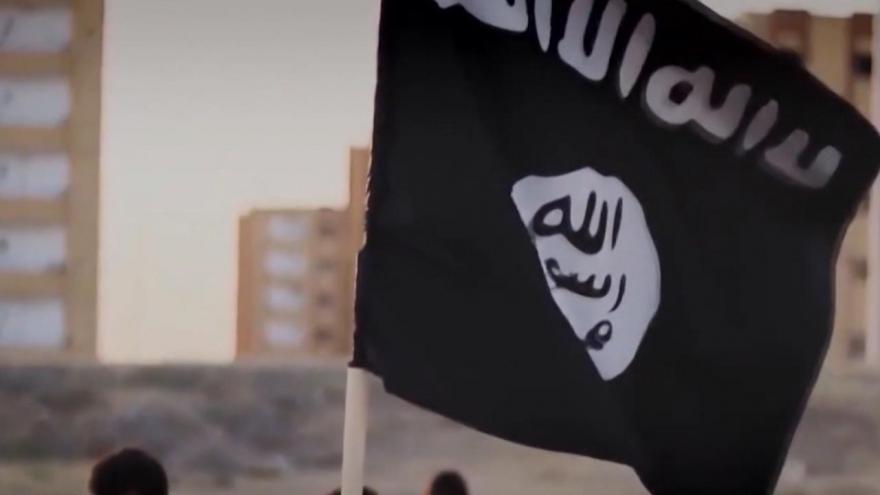 The coronavirus pandemic has forced the US-led military coalition battling ISIS to pause or suspend significant aspects of its campaign in Iraq and Syria, even as the terror group seeks to exploit the instability caused by the pandemic and a dramatic fall in oil prices.

(CNN) -- The coronavirus pandemic has forced the US-led military coalition battling ISIS to pause or suspend significant aspects of its campaign in Iraq and Syria, even as the terror group seeks to exploit the instability caused by the pandemic and a dramatic fall in oil prices.

ISIS has increased its attacks as Iraq's security forces have been diverted toward enforcing curfews aimed at preventing the pandemic's spread and maintaining stability, a senior official with the US-led coalition tells CNN.

A US defense official also told CNN that ISIS had increased its attacks in recent weeks, seeking to capitalize on the instability.

While both officials said the sophistication of the ISIS attacks has not increased, the senior coalition official said there has been a "slight uptick in the quantity of activity."

The commander of the coalition said that while there has been an increase in attacks, the amount of ISIS activity is similar to 2019 levels.

He said ISIS had claimed some 151 attacks during the month of April, akin to the number in April 2019.

White also stressed that the current spate of attacks were less sophisticated compared to previous ISIS efforts involving a wide range of weapons.

"The type of attacks they are conducting now which are the majority small arms, rifles, small caliber mortars and no (vehicle borne improvised explosive devices)," White said, adding that the degradation in ISIS' capabilities reflected the success of the coalition's military campaign.

There is also concern about how the Iraqi government will maintain stability while continuing to pursue the remnants of ISIS as the price of oil has plummeted dramatically in recent weeks. Baghdad is extremely dependent on oil revenue to fund its spending, including the salaries of workers in its large public sector.

"Even before the collapse of oil prices Iraq had some stabilization issues," the senior coalition official told CNN.

US Secretary of State Mike Pompeo spoke with the new prime minister Wednesday and welcomed the formation of his government.

"Great to speak today with new Iraqi Prime Minister Mustafa al-Kadhimi. Now comes the urgent, hard work of implementing the reforms demanded by the Iraqi people. I pledged to help him deliver on his bold agenda for the sake of the Iraqi people," Pompeo wrote on Twitter.

Although Iraq has been beset by instability and faces a major shortfall in funding, the senior coalition official noted that ISIS has some financial challenges of its own, exhibited by the fact that many of its recent attacks have been aimed at boosting its resources.

"A lot of the intelligence suggests that the various ISIS lower-level leaders out in the provinces are really focusing on the kind of attacks that would get resources, like kidnapping for ransom and those types of things, and they're getting smaller amounts of money than they had in the past, still real money that's being generated but not enough to sustain them," the official said.

But the amount of pressure being applied by Iraqi and coalition forces is not what it once was, as many of the missions have been scaled back or adjusted due to coronavirus concerns.

Coalition troops are no longer accompanying Iraqi units or the US-backed Syrian Democratic Forces during raids on ISIS targets due to the pandemic.

Those missions were still taking place in March when two US Marines were killed in an intense firefight during an assault on an ISIS cave complex in northern Iraq.

The official said that if a high-enough-value ISIS target is identified, such missions could be turned back on.

"If there was a target that was important enough, a Baghdadi raid-type thing, of course we'd go out there and do something like that with our partners or potentially even unilaterally," the official said, referring to former ISIS leader Abu Bakr al-Baghdadi, who was killed in a US military raid in northwest Syria in October.

Baghdadi's death "had a substantial effect" on ISIS, according to the official, who said the killing of the terror group's leader "probably had a little bit more substantial effect than we would have anticipated ahead of time. We thought Baghdadi was a little bit more isolated, but as we looked at the network afterwards we've seen that he actually was providing influence and direction to the overall ISIS network."

The official said that prior to the coronavirus pause, the US-led military coalition and its Syrian and Iraqi allies had seen success in targeting midlevel ISIS leaders, saying the group's middle leadership "has been really decimated" and that such individuals were difficult to replace.

But the question remains as to whether ISIS will be able to use the coronavirus-related respite to reconstitute its ranks.

While the coalition is still providing advice to the senior-most levels of the Iraqi military, helping to coordinate airstrikes and intelligence sharing, other advising efforts closer to the front lines have been curtailed due to the coronavirus challenge.

Several bases where US and coalition troops had operated from have been shuttered or handed over to the Iraqis.

And while a spokesman for the coalition said at the time that the bases were being closed "as a result of the success of Iraqi Security Forces in their fight against ISIS," the senior coalition official told CNN that the closures were taking place months ahead of plan and were due in large part to the coronavirus' impact.

The original plan was to close many of those bases in the fall or in early 2021, the official said.

Coalition advisers now have to work with their Iraqi counterparts either by telephone or video teleconference.

Another activity that has been paused is coalition efforts to train Iraqi troops.

"It was put on pause, really, by the Iraqis. They paused that training mission because of Covid. They didn't want the forces out in the field on large groups doing training, as you can imagine. We've done the same thing in the US context back stateside," the senior coalition official said.

Because of that training pause, the coalition decided to send hundreds of international military trainers, who were now without jobs, back home.

"They really wouldn't have been doing much here. That's really why the training mission left," the official said.

And while the coronavirus is having a major impact on the government of Iraq and the coalition, the official said that ISIS is also feeling the pandemic's effects.

"Covid is having a substantial impact on their operations as well. We see in the reporting that ISIS is actually concerned about running their ratlines of supply and logistics and spreading Covid amongst their force, same sorts of things we're having to deal with," the official said.

And the coalition has been able to continue airstrikes, with UK Royal Air Force Typhoon jets killing some five to 10 fighters in a strike on an ISIS cave complex in northern Iraq late last month.