Is the US dollar in danger? 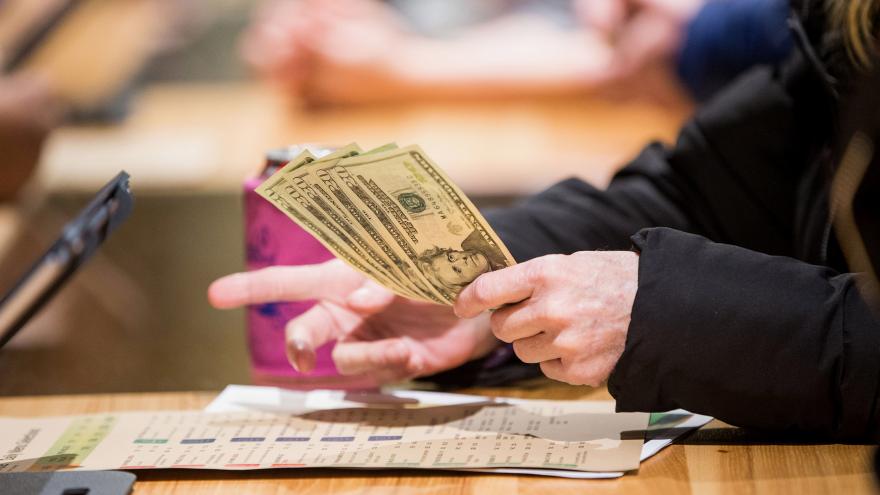 (CNN) -- The US may have the world's most powerful military, but the dollar is its greatest weapon. Now, after nearly 80 years of dollar dominance, the US might be in danger of losing its global reserve currency status.

About 60% of the $12.8 trillion in global currency reserves are currently held in dollars, giving the US an exorbitant privilege over other countries. And that privilege pays: Because US government debt backed by the dollar is very attractive, interest rates are lower. The US gets to borrow from other countries in its own currency — so if the US dollar loses value, debt does too. American businesses can make international transactions in dollars without having to pay conversion fees.

Perhaps most importantly, in extreme circumstances the US can cut off dollar access to central banks around the globe, isolating and draining their economies. Raghuram Rajan, the former governor of the Reserve Bank of India calls this power an "economic weapon of mass destruction."

The US detonated this weapon on Russia in February after the country invaded Ukraine, freezing $630 billion worth of forex reserves and deeply undermining the value of the ruble. That gave America the ability to punish Russia without getting US troops involved in war.

But with great power comes great responsibility: When you use a weapon of mass destruction, even an economic one, people get spooked. To protect themselves from the same fate as Russia, other countries diversify their investments away from the US dollar into other currencies.

That's where the country's reserve currency status could run into problems.

Weaponizing the dollar, said Bank of America strategists' Michael Hartnett, could lead to its debasement. The "balkanization of global financial systems" erodes America's role as the reserve currency, he added.

A new research paper by the International Monetary Fund found that the dollar share of international reserves have been in decline for the past two decades, around the same time the United States began its war on terror and its counter-terror sanctions. One quarter of reserves have since shifted from the dollar to Chinese yuan, and the other three quarters have moved into currencies of smaller countries.

"These observations provide hints of how the international system may evolve going forward," warned the paper's co-authors, Serkan Arslanalp of the IMF, Barry Eichengreen of the University of California Berkeley and Chima Simpson-Bell also of the IMF.

Russia and China are also hoping to guide the evolution of the international system.

Russian President Vladimir Putin threatened on Thursday to end gas exports to countries that do not open an account with a Russian bank and pay in rubles. The European Union gets about 40% of its gas and 30% of its oil from Russia with no easy alternatives.

Saudi Arabia, meanwhile, is in talks with Beijing to accept yuan instead of dollars for Chinese oil sales.

So is king dollar about to be dethroned?

If the past two years have taught us anything, it's that nothing is impossible. But the prospect of the US losing that exorbitant privilege is very unlikely.

For one thing, the alternatives aren't great. China has been pushing the yuan for years and only about 3% of global transactions are conducted in the currency, that's compared to 40% for the dollar.

The US is also still fairly attractive to the rest of the globe. The US equity market is the largest and most liquid stock market in the world, and foreign capital is flowing into the country. Global foreign-direct investment flows grew by 77% to an estimated $1.65 trillion in 2021, but the investment in the US soared by 114% to $323 billion, according to the United Nations Conference on Trade and Development.

The second quarter may not be fun, but at least we'll be prepared for it.

The seesaw first quarter of 2022 came to a bitter end this week with major stock indices printing their worst performance in two years. Surging inflation, Russia's invasion of Ukraine, and a speed-up of the Federal Reserve's rate-increase plan created a series of unique challenges for investors.

We asked analysts what they predict will be the largest headwinds going into this quarter, and how they're preparing for them. Here's what we found.

Geopolitical unrest: Russia's invasion of Ukraine has stunned markets across the globe. The geopolitical unrest has rippled through energy markets, commodities, and even to food insecurity issues.

Josh Leonardi, director of prime services at TD Securities is looking to commodities markets, where raw products are sold, to hedge against the Russian conflict. He likes wheat in particular. About a quarter of the world's wheat supply comes from Russia and Ukraine. Future contracts for the crop are through the roof as supply becomes scarce but demand remains the same.

It's probably best not to bet on oil and energy, since those commodities have been particularly volatile and reactive to news updates.

Inflation: The US is currently battling an inflation problem the likes of which it hasn't seen in 40 years, so it's time to look to real assets as a hedge on inflation, said Leonardi. That means investing in commodities, real estate, land, equipment and natural resources.

Interest in real estate investment is exploding, he said. "I don't know if anything is hotter on the market right now. You have everything from single- and multi-family homes, to data centers to cold storage facilities."

When investing in markets, look to companies that make money off of inflationary spikes. Banks earn more as interest rates rise and they profit from wider spreads. Companies with low capital needs are also good bets.

Typically investors believe in a safety guard known as "The Fed put." It's the notion that enough market weakness will cause the Fed to stop raising interest rates and tighten policy, and perhaps even reverse and ease rates. Because inflation is so out of hand, there's no way that's going to happen this time around, said Sonders.

"Investors need to be aware of that, especially if they're being more aggressive because they think the Fed won't let markets down," said Sonders. They'll continue to raise rates and will do it to slow economic growth. That means the risk of recession is higher than it otherwise would be.